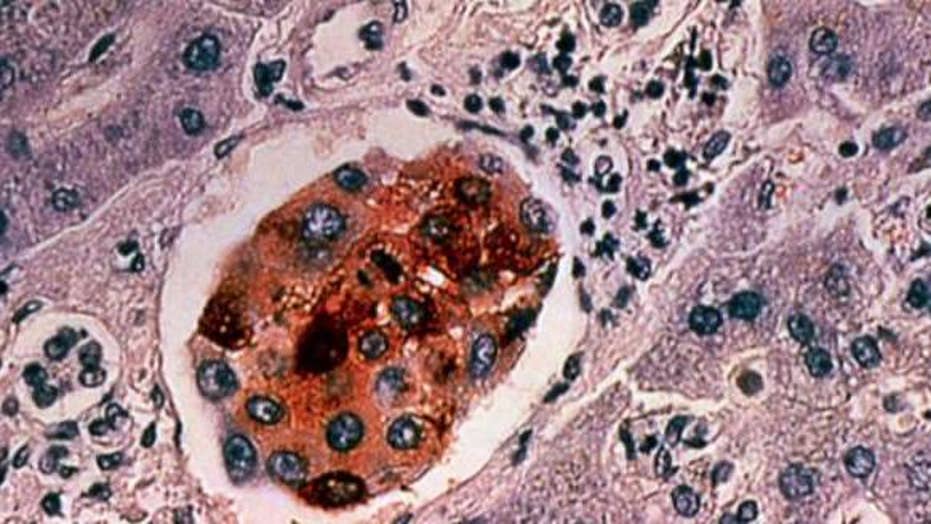 On 'America's Newsroom,' Dr. Marc Siegel explains how the immune system is being used

Early trials of a potential cancer treatment in which white blood cells are modified to target certain types of the disease have been an "extraordinary" success, scientists said Monday.

In one study, 94 percent of participants suffering from acute lymphoblastic leukemia (ALL) said their symptoms vanished completely after they were treated with the modified blood cells, known as T-cells.

In another study, 80 percent of patients with non-Hodgkin's lymphoma responded positively to the treatment, while more than half ended up symptom-free.

"This is extraordinary," said lead researcher Professor Stanley Riddell from the Fred Hutchinson Cancer Research Center in Seattle. "This is unprecedented in medicine to be honest, to get response rates in this range in these very advanced patients."

The treatment involves removing the T-cells from patients, tagging them with "receptor" molecules that target cancer, and putting them back into the body in an infusion.The targeting molecules, known as chimeric antigen receptors or Cars, came from specially bred genetically engineered mice.

Once attached to the T-cells, they reduce the ability of the cancer to shield itself from the body's natural immune system.

Such reprogramming of the immune system is often considered a last-ditch option due to its dangerous side effects. The researchers noted that seven of the ALL patients required intensive care after suffering an immune reaction called cytokine release syndrome (sCRS). Two of those patients died.

Riddell himself said that much more work was still required, and it was not clear how long the symptom-free patients will remain in remission.

Much like chemotherapy and radiotherapy, it’s not going to be a save-all,” Riddell said, adding, “I think immunotherapy has finally made it to a pillar of cancer therapy.

Riddell also said he hopes to try the therapy on patients suffering from cancers with solid tumors, but said they would present challenges.