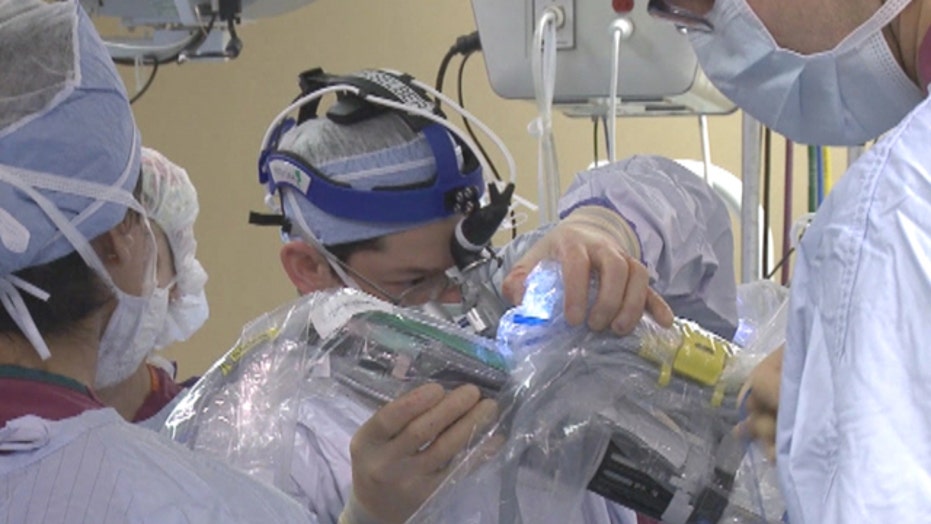 Surgeons have been using robotics to perform surgery in urology and gynecology departments for more than 10 years. But now surgeons at MD Anderson Cancer Center are utilizing the same technology for breast cancer reconstruction procedures

Over the past 10 years, robotic surgery has become much more common in operating rooms across the country. And while it is most frequently used in urology and gynecology departments, robotic surgery is now appearing in plastic surgery procedures, too.

"I started using it in 2008 as a resident to develop some of these techniques, and really have been the person driving the application in plastic surgery. That being said, there's been a huge amount of enthusiasm for robotics in plastic surgery,” Selber told FoxNews.com.

Typically, during breast reconstruction surgery, a large incision is made in the patient’s back to harvest the latissimus dorsi muscle, which is what doctors use to create a new breast after a mastectomy.

But with the robot, Selber doesn’t have to cut into the patient’s back – making recovery time much quicker.

"The robotic procedure involves an approach through the axilla, the armpit, through a short incision, and it makes use of the optical and precision capabilities of the machine to gain access to the muscle without the back incision. That's the fundamental difference,” Selber said.

"I wanted a quick recovery, I want it to heal fast, and I want to have a minimal amount of scarring so this option proved to be something that would work best for me,” Williams told FoxNews.com.

Fifteen patients have undergone this new technique so far, according to Selber. And once more doctors are trained in the procedure, the sky is the limit.

"The robot can be used in a lot of areas of plastic surgery,” Selber said. “This is just one of them. I also use it in microsurgery to connect very small blood vessels and it's enhanced precision on 3D optics really lend itself to a lot of the things that we do.”