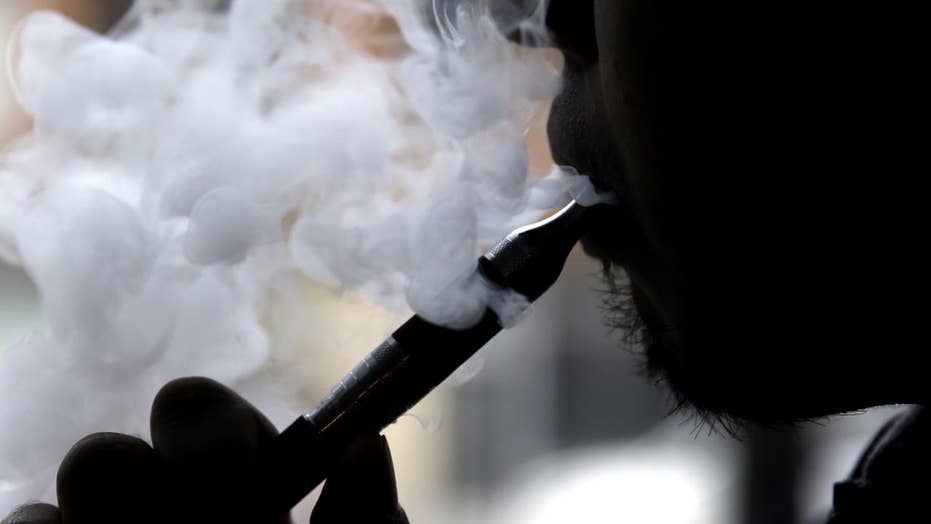 With e-cigarette use reaching “epidemic levels” among the nation’s youth and major health groups urging the government to step in, an anti-tobacco organization has launched a free text messaging service aimed at teens to help them quit their potentially harmful habits.

“This innovative and free text messaging program was created with input from teens, college students and young adults who have attempted to, or successfully quit, e-cigarettes,” a press release said. “The program ... also serves as a resource for parents looking to help their children who now vape.”

The move comes after a federally funded survey found twice as many high school students were using nicotine-based cigarettes in 2018 compared with 2017, marking the largest single-year increase in the survey's 44-year history.

Experts have pointed at easily disguisable devices like the JUUL and similar products for the uptick, while regulators have continued to press for measures to make it harder for kids to obtain them.

While e-cigarettes have been found to help adult smokers quit tobacco, the concern is that the products appeal to teens who wouldn’t otherwise be using tobacco products, or serve as a gateway to regular cigarette use.

Another recent study found that adolescents who experimented with e-cigarettes ended up smoking traditional cigarettes just as much as teens who never tried vaping.

“These findings did not provide strong evidence of transition away from cigarette smoking as a potential public health benefit of e-cigarette use,” Jessica Barrington-Trimis, of the Keck School of Medicine at the University of Southern California in Los Angeles, told Reuters. “Collectively, findings from this paper suggest that e-cigarette use may result in an overall adverse impact of the public health of youth and young adults.”

According to the Truth Initiative’s press release, users ages 13 and older simply text the word “QUIT” to 202-804-9884 to enroll in the program, which is part of the already popular “This is Quitting” and “BecomeAnEX” campaigns.

“More than 3.6 million youth who use e-cigarettes are now vulnerable to long-term nicotine addiction – largely because of JUUL – and those new e-cigarette users, most of whom weren’t smokers in the first place, are four times more likely to go on to smoke deadly cigarettes compared to their peers who don’t vape,” Robin Koval, Truth Initiative president and CEO, said in the press release. “This new e-cigarette program provides the much-needed tools to quit vaping before it has the chance to progress to smoking.”

The press release said the texting program provides an anonymous way for users to seek help and connect with support groups without having to involve their parents or friends. The company said it saw a need for such a program after noticing an increase in posts from teens on sites like Reddit for help on learning how to quit the devices.