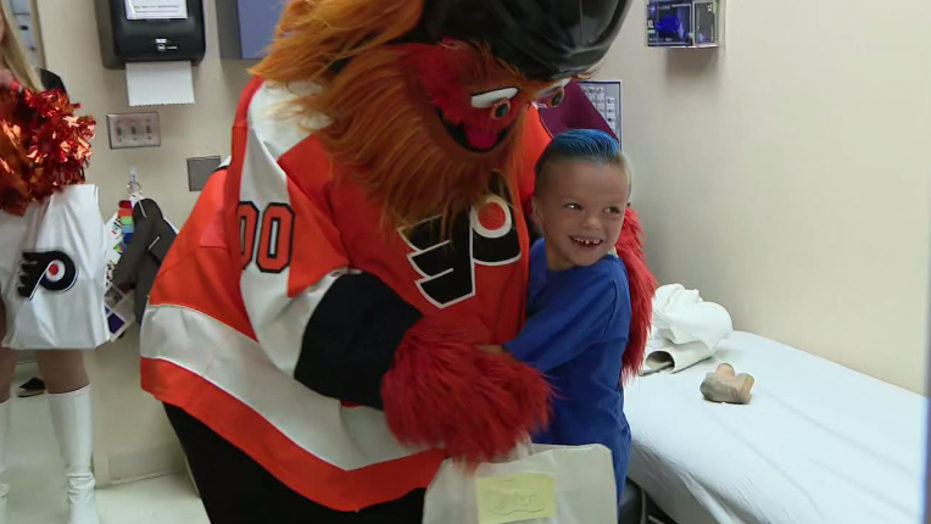 Gritty, the wild-eyed mascot for the Philadelphia Flyers hockey team, surprised a 7-year-old fan who had requested a customized prosthetic leg featuring the orange furry creature.

Caiden O'Rourke has a rare orthopedic condition and has been a patient at Shriners Hospital for Children in Philadelphia since he was born. He's received several Philly-sports themed prosthetic legs in that time and his most recent request was for a Gritty-themed leg, FOX 29 Philadelphia reported.

In a moving surprised captured on video, O'Rourke is seated on the table showing off his new prosthetic leg when Gritty suddenly appears at the door bearing gifts and flanked by Flyers cheerleaders. O'Rourke quickly hops off the table and embraces his favorite mascot.

O'Rourke, who also plays hockey, told Fox 29 that it was "awesome."

The Shriners hospital staff was behind the surprise, reaching out to Gritty and the Flyers with O'Rourke's story after he made his special request.