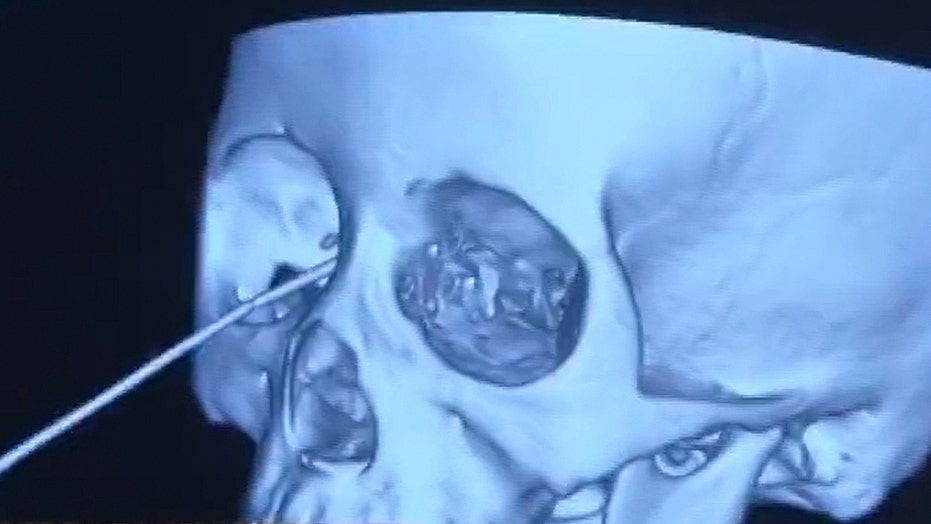 A 6-year-old girl narrowly escaped without injury after another student allegedly pushed her from behind while she was holding a pencil, reportedly causing the sharp object to poke through her eye socket.

The child, identified by AsiaWire as Zhou Jiayi, was taken to Hunan Children’s Hospital in Changsha, where she underwent emergency surgery to remove the pencil. Images show the object wedged along her right eye socket, but it miraculously did not cause major damage.

These scans show a girl who was impaled in the eye by her own pencil after a classmate shoved her from behind while playing at school. (AsiaWire)

“It almost went through her forehead and into her brain,” Jing Yunlong, the girl’s doctor, told AsiaWire.

His team operated for several hours to remove the pencil.

“We do get quite a few cases like this, but the most important thing to remember is not to pull it out,” he told AsiaWire. “If you do that, it’ll cause life-threatening blood loss.”

The girl is said to be recovering well with no lasting side effects. She is not expected to experience any long-term damage to her sight either.