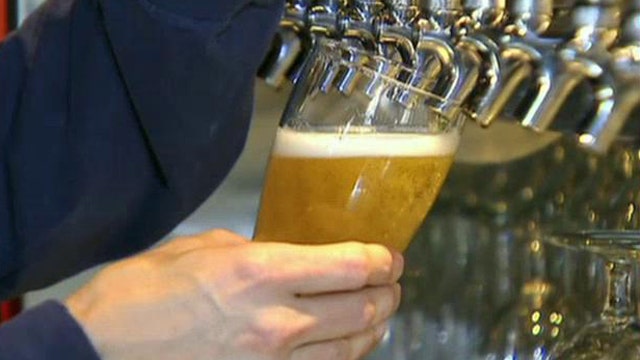 Is drink a good idea?

After years as a semi-underground hangover “cure,” the parental staple for fighting infant dehydration is now being aggressively marketed for adults who indulge in holiday booze binges.

SORRY, DRINKING MORE AFTER A HANGOVER WON'T CURE YOU

A glaring omission in the above list: hard holiday drinking, as evidenced by Pedialyte’s Twitter, where followers have taken to posting pics of their heavily branded New Year’s Eve Pedialyte survival kits.

“Champagne won’t be the only thing sparkling on New Years,” one member of #teampedialyte hypes.

Many of the online brand ambassadors (aka hard-drinking adults) point to Pedialyte’s claims that it works better than most sports drinks because it contains two times more electrolytes and two times less sugar. The sugar in Gatorade, Powerade and Vitaminwater can actually make symptoms worse, Pedialyte adds.

“Losing water also means losing electrolytes — essential minerals like sodium and potassium that are responsible for maintaining proper fluid levels in your body, balancing your blood’s pH levels, and firing signals to your nerves and muscles,” reports Abbott, the manufacturer of Pedialyte.

“There’s a reason so many turn to Pedialyte when they need help hydrating — it works,” says Jennifer Williams, a research scientist at Abbott who specializes in hydration. “Pedialyte is so effective because the levels of electrolytes and carbohydrate are optimal for rehydration.”

Consumers are obviously thirsty for the stuff, as online retailers are already struggling to meet demand: Sparkling Rush, at $10.99 a six-pack, is already sold out at Target.com. (New shipments expected by Dec. 29.) Over at Amazon, limited quantities of the 24-count (four boxes of six packets) package will run you $86.99.