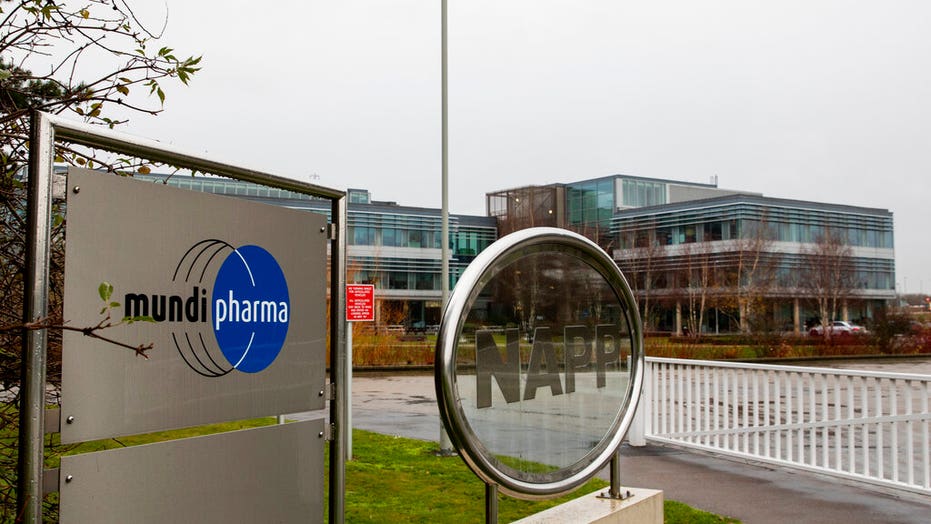 The foreign affiliate of the major pharmaceutical company behind OxyContin, a controversial drug blamed in part for unleashing America’s opioid epidemic, is now expanding to offer an overdose cure.

Amid a wave of lawsuits and public protest in the United States, Purdue Pharma affiliate Mundipharma has jumped into markets from Europe to Australia in attempts to dominate the broader market for opioid overdose treatment.

Mundipharma's antidote, a naloxone nasal spray called Nyxoid, recently was approved in New Zealand, Europe and Australia. Mundipharma defended it as a tool to help those whose lives were at risk, and even experts who criticized the company said antidotes to opioid overdoses were badly needed.

Mundipharma has made steps toward a goal of dominating the broader market for opioid overdose treatment. (AP, File)

Patrice Grand, a spokesman for Mundipharma Europe, said in a statement that heroin was the leading cause of overdose death in European countries and nasal naloxone represented an important treatment option.

Nyxoid, which has not been sold in the U.S., was more expensive than injectable naloxone, running more than $50 a dose in some European countries. Critics said Nyxoid's price has been excessive, particularly with more inexpensive naloxone products already in use.

But, in Australia, Mundipharma embarked on an effort to promote naloxone that was sweeping and effective. As part of an Australian coroner's investigation last year into deadly opioid overdoses in New South Wales state, Mundipharma submitted a document touting naloxone’s benefits. At the same time, Mundipharma was registering Nyxoid in Australia.

Some critics have argued that Mundipharma should be providing a cheaper — or even free — naloxone product. The most common nasal antidote in the U.S. has sold for over $100, double what most Europeans have paid for Nyxoid. The U.S. opioid epidemic has killed over 400,000 people and counting.

Grand said the company was working with charities and addiction organizations to identify ways to make the drug available to those who would benefit the most from it. Nyxoid's price reflected the company's investment, manufacturing cost and the value of the technology while recognizing the "prevailing financial pressures that exist within care sectors," he said.

Stephen Wood, a fellow at the Harvard Medical School Center for Bioethics who studied how pharmaceutical companies in the U.S. raised prices on naloxone products as the addiction epidemic intensified, said Sackler-owned companies manufacturing naloxone had an ethical duty to make it widely available.

"If they were trying to find a solution, they would just distribute naloxone for free," he said. "They could use all that money they made off opioids to help support a program where they are giving away this life-saving medication."