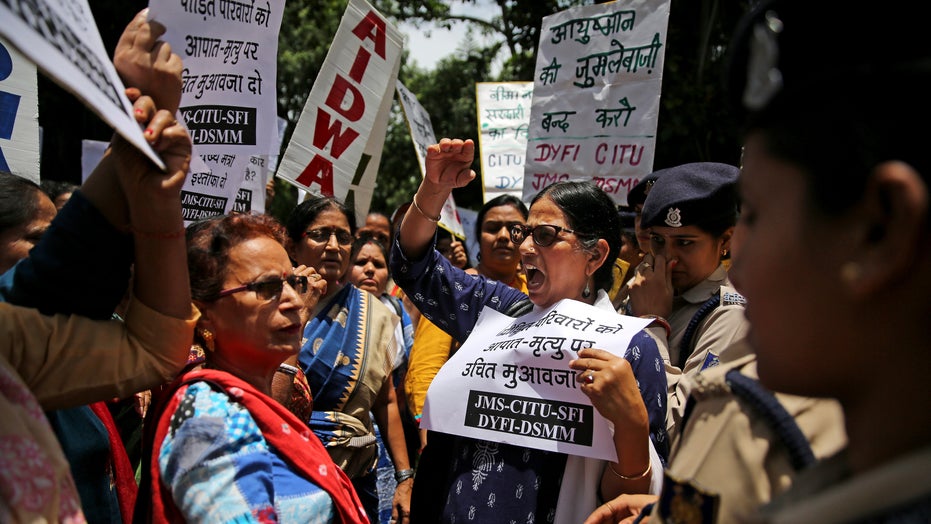 An encephalitis outbreak has killed over 100 children in eastern India since June, officials say, with more than 430 others requiring hospitalization. The outbreak, striking children in India’s Bihar, has set off political protests outside a hospital where patients are being treated, with villagers claiming that the state’s chief minister ignored the issue until the death toll reached 100.

Thousands of people in India suffer from encephalitis, malaria, typhoid and other mosquito-borne diseases each year during the summer monsoon season, with children younger than 15 being the most vulnerable, according to the Associated Press. Left-wing political organizations have accused the Bihar government of not being proactive enough to prevent the illnesses.

"This acute encephalitis syndrome has been recurring in Bihar and the government has not taken any steps. And who is dying? It is the children of the very poor," said Mariam Dhawale of the All India Democratic Women's Association.

Left-wing activists shout slogans as they protest against deaths of more than 100 children due to encephalitis in the Indian state of Bihar, in New Delhi, India. (AP)

The mother of a 4-year-old girl hospitalized in the Muzzaffarpur Medical College’s intensive care unit said that no child recently admitted has survived or recovered from their illness.

“In the last two days, no child from this hospital has recovered,” she told the BBC. “All of them have died. Did I painstakingly bring up this girl only to watch her die like this?”

Despite the high death toll, health officials said the mortality rate among children due to encephalitis had dropped from 34 percent to 26.5 percent over the last year. Doctors also suggest related illnesses may be contributing to the fatalities, including a large number of children allegedly dying from hypoglycemia.

“It’s difficult to say with certainty if children are dying due to encephalitis because there could be a number of reasons behind these deaths,” Dr. Mala Kaneria told the BBC. “It could also be due to malnutrition, insufficient levels of sugar and sodium or electrolyte imbalances.”

Kaneria also said the practice of eating leeches on an empty stomach could have dire consequences, as they contain toxins that affect the body’s ability to produce glucose, which could cause major health issues for younger children.

The state has announced it will cover the cost of treatment for all patients affected.