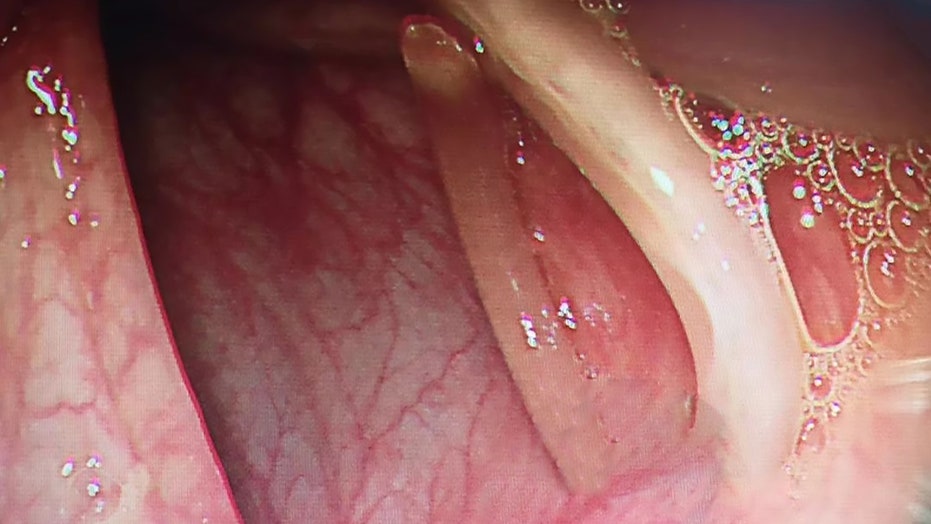 A woman in China who had been suffering from stomach pains over the last decade underwent surgery this week to remove a foot-long parasitic worm from her intestines. The 41-year-old woman, identified only as Ms. Yang, had reportedly visited numerous hospitals over the years, but the worm went undetected.

This is the moment a woman who has been suffering from stomach pains for a decade has a foot-long parasitic worm pulled out of her intestines. (AsiaWire)

“I couldn’t believe my eyes,” Dr. Li Juan, who treated Yang at the Second People’s Hospital of Haining in East China’s Zhejiang Province, told AsiaWire. “Her intestines provided the ideal conditions for the parasite to grow, but it was still surprising to see a case in person.”

Li treated Yang and her family members for Ascaris, which is the most common human worm infection. It’s passed through the feces of an infected person, such as if an infected person defecates outside or if the feces of an infected person is used in fertilizer. Ascariasis is caused by ingesting infective eggs, which can happen when hands or fingers that have contaminated dirt on them are put in the mouth or by consuming vegetables or fruits that have not been carefully cooked, washed or peeled, according to the Centers for Disease Control and Prevention (CDC).

She had been suffering from abdominal pains on and off for the last decade. (AsiaWire)

While not all patients have symptoms, those who do may present abdominal discomfort. However, in severe cases, like one involving a 4-year-old boy in Cameroon who had dozens of worms pulled from his stomach, the parasites may cause an intestinal blockage which may stunt growth.

According to AsiaWire, Yang said she drank unboiled water, which may have led to her infection.