Recent studies suggest that the omicron variant of the coronavirus may be less severe than delta because it impacts the lungs in different ways.

"Hamster models from the University of Tokyo show that omicron poorly infects and spreads in the lung, and is less pathogenic compared to delta in a hamster model. Belgian researchers in Syrian hamsters see the same thing," he said. "NIH-funded studies that are ongoing right now in both mouse and hamsters confirm the lesser virulence in the animal model. And, studies here at the Vaccine Research Center at NIH, in the nonhuman primate model, are ongoing and will await results of that."

Fauci said that the data is still preliminary in many respects, but that "all indications point to a lesser severity of omicron versus delta."

"It is difficult to determine what degree of lessened severity is due to preexisting immunity or the intrinsically lower virulence of omicron, as suggested by the animal studies, or a combination of both. Increased transmissibility of omicron resulting in an extremely high volume of cases may override some of the impact of the lower disease severity," he added. "And so, we should not become complacent since our hospital system could still be stressed in certain areas of the country."

In research that has not yet been peer-reviewed, authors from the University of Cambridge and the University of Tokyo reported that omicron could be significantly better than previous variants at evading vaccine-induced antibodies.

To reach these conclusions, Dr. Kei Sato, Dr. Ravi Gupta and others created synthetic viruses that carried key mutations found in omicron and delta. These "pseudoviruses" were tested against blood samples from vaccinated individuals who had received two doses of either the AstraZeneca or Pfizer-BioNTech vaccines.

To understand how effective omicron is at entering cells, the team used the synthetic viruses to infect cells in lung organoids.

The University of Cambridge explained in a release that despite having three mutations that were predicted to favor the spike cleavage, the omicron spike protein was found to be less efficient than the delta spike at splitting the ACE2 protein receptor – found on the surface of cells in the lung – and entering the lung cells.

Once omicron had entered the lung cells after cleaving the ACE2 receptor, it was also less able than delta to cause fusion between cells – something often seen in respiratory tissues taken following severe disease.

"While further work is needed to corroborate these findings, overall, it suggests that omicron’s mutations present the virus with a double-edged sword: it’s got better at evading the immune system, but it might have lost some of its ability to cause severe disease," Gupta said.

The World Health Organization (WHO) and top officials have cautioned that it's too early to be reassured by initial data suggesting that omicron leads to milder disease, and Gupta urged people to continue to be cautious.

"Omicron still represents a major public health challenge. Individuals who have only received two doses of the vaccine – or worse, none at all – are still at significant risk of COVID-19, and some will develop severe disease. The sheer number of new cases we are seeing every day reinforces the need for everyone to get their boosters as quickly as possible," he added. 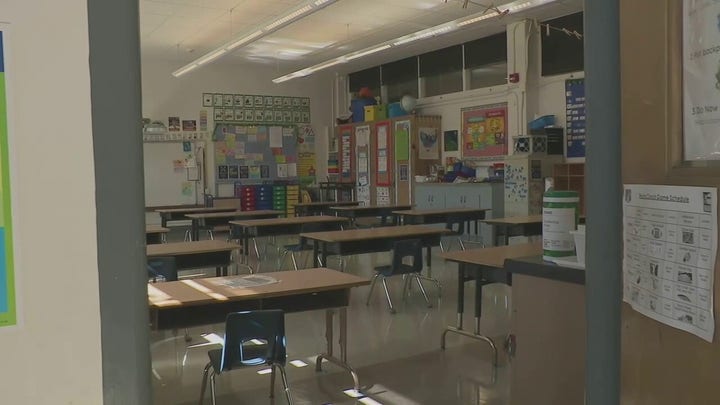 In a Wednesday report, an international group said that hamsters and mice infected with omicron had less lung damage, did not lose as much weight and were less likely to die.

While animals infected with omicron generally experience milder symptoms, the group found that omicron levels in the lungs of the rodents were one-tenth or less of the level of other variants.

"While these results are consistent with the very preliminary clinical data in humans suggesting that B.1.1.529 causes a more transmissible yet possibly milder respiratory infection, the basis for the attenuation in rodents remains unknown," the report's researchers wrote, noting that studies are ongoing to determine the basis for attenuation in mice and hamsters and to find out how this relates to the patterns of omicron infection seen in humans.

Since the omicron variant was first detected in the U.S., states have seen record numbers of cases and hospitals have begun to fill up again.

New COVID-19 cases have soared to their highest level thus far, reaching more than 265,000 per day on average, according to data from the Johns Hopkins University Coronavirus Resource Center.

Scientists have been observing the pathogen in laboratories – working to learn more about its transmissibility, severity and ability to evade vaccines and immune response as omicron continues to infect around the world.