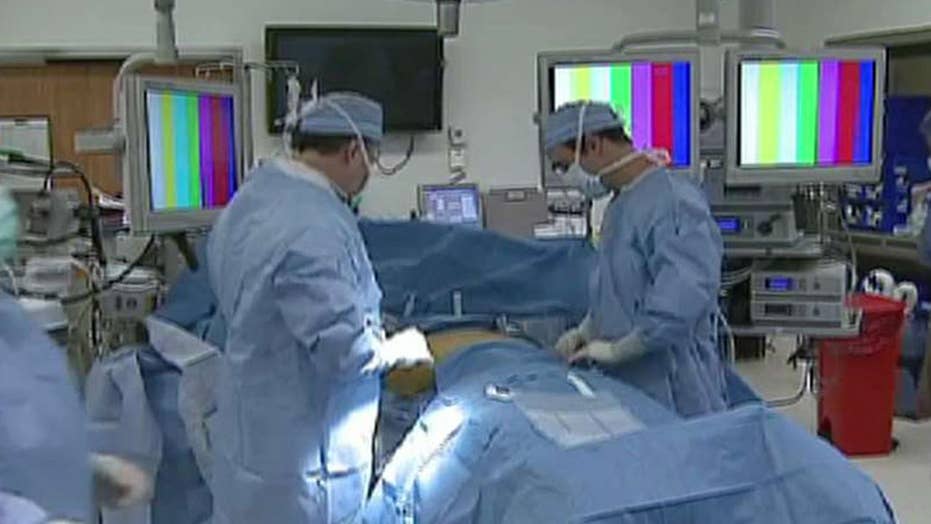 An Ohio teen is determined to walk again despite doctors’ warnings that she may not after she contracted a rare polio-like illness that’s left her paralyzed from the waist down.

Isabel Kirby, a catcher on her middle school’s softball team, said it started with what felt like a cramp in her leg on Christmas.

But the next day, Kirby couldn’t stand on her own, and her worried parents rushed her to Akron Children’s Hospital, where she was diagnosed with acute flaccid myelitis (AFM). It’s a rare but serious condition that affects the nervous system, specifically the gray matter of the spinal cord, which weakens the body’s muscles and reflexes.

Health officials have noticed an increase of cases in children occurring every two years since 2014, according to the Centers for Disease Control and Prevention (CDC). And while it often is referred to as a “polio-like” illness, tests so far have tested negative for poliovirus.

WHAT IS AFM: SHOULD YOU BE CONCERNED?

Symptoms typically begin with sudden onset of arm or leg weakness and loss of muscle tone and reflexes, but can also include facial droop or weakness, difficulty moving eyes, drooping eyelids, difficulty swallowing, slurred speech, and pain in the arms and legs.

Severe symptoms may include respiratory failure, or serious neurological complications, according to the CDC. Parents are encouraged to seek medical care right away if a child is suspected of developing any symptoms.

Since her diagnosis, Kirby has been working in physical therapy and has received steroid treatments as well as multiple plasma exchange, according to the news outlet. Her mother said it’s been like “a bad dream” for the family as they watch her struggle to gain strength.

“It’s a lot, but I just try to go with the flow, just to push through,” Kirby, who has received support from her teammates, classmates and members of the community, told News 5 Cleveland.