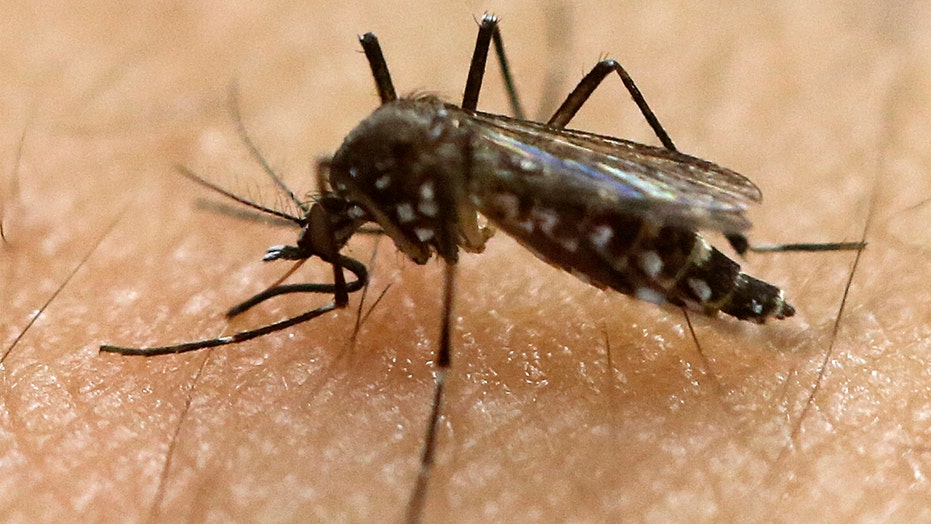 At least six U.S. residents have tested positive for the Zika virus, with officials in New York, Arkansas and Virginia confirming cases in each state.

Four people who had returned from travel abroad have tested positive in New York state with infections with the mosquito-transmitted Zika virus, local health officials said on Wednesday.

A person who resides in Nassau County had traveled to a country with documented transmission of the virus and developed symptoms in August, had a mild illness, was not hospitalized and has completely recovered, a county health department spokeswoman said.

An Orange County resident who had traveled to South America tested positive, the county health commissioner's office said. The office did not provide information on the person's condition.

On Tuesday, the Virginia Department of Health said an adult resident of the state had recently traveled to a country where the Zika virus transmission was ongoing. The department didn’t specify where the person traveled, nor did it clarify his or her gender or age. Health officials confirmed in a statement that other residents were not at risk of catching the virus from the infected person.

"Zika virus is acquired through the bite of an infected mosquito," State Health Commissioner Dr. Marissa Levine said in a statement. "Because it is not mosquito season in Virginia, this individual with Zika virus infection poses no risk to other Virginians."

Earlier Tuesday, the Arkansas Department of Health confirmed that an individual who recently traveled outside of the United States had also tested positive for the virus, which is carried by the Aedes aegypti mosquito. The department said the resident has a mild case of Zika, but it would not confirm the individual’s age or gender. The individual traveled to the Central America-Caribbean region, but officials did not specify which country.

The Zika virus has been linked to a spike in cases of microcephaly, a rare birth defect that can cause babies to be born with abnormally small heads and partially formed brains— symptoms that can lead to lasting developmental problems. Nearly 4,000 suspected cases of microcephaly have been reported in Brazil since October, compared with fewer than 150 cases in the country in all of 2014. There is currently no vaccine for the virus, nor is there an effective treatment.

Health officials in Virginia and Arkansas urged residents planning to travel overseas to check health advisories. On Tuesday, the Centers for Disease Control and Prevention (CDC) expanded its travel alert to pregnant women planning trips to the Caribbean and Latin America. Officials added the U.S. Virgin Islands and the Dominican Republic to the list, which already included 22 destinations.

The move comes as Puerto Rico also reported a jump in the number of confirmed cases from one to 19. None of the cases include pregnant women, but the country is testing more than 200 other potential cases that have tested negative for dengue and chikungunya, two other viruses the Aedes aegypti mosquito carries. Puerto Rico epidemiologist Brenda Rivera said the majority of cases are in the island’s southeast region, and many of the victims are elderly.

Brazil has instructed more than 3,000 health inspectors in Rio de Janeiro to step up inspections for mosquito-breeding areas near the city’s Carnival sites as part of a bid to stem the spread of the virus. Inspectors will also begin spraying insecticide around Sambadrome, the outdoor grounds where thousands of dancers and musicians will parade during the city’s February celebrations. The world-famous festivities are expected to attract tourists from around the globe. Officials concentrated on inspecting people’s homes, stagnant bodies of water, and areas where garbage is collected.

In Colombia, officials said 16,490 people are infected with the disease, including 1,090 pregnant women. The increase in cases comes as Colombian President Juan Manuel Santa said officials expect to see 600,000 cases of Zika this year. The rise has prompted the country’s authorities, as well as those in El Salvador, to advise women against getting pregnant for anywhere up to two years.

Some women’s activists have called the advice naïve because women in both El Salvador and Colombia face sexual violence and little access to contraception or abortion. In Mexico, where there are 18 confirmed cases of Zika, officials said there is currently “no justification” for asking women to delay pregnancy.

“We’ll have to see in the future, given the experiences in Central and South America, if these types of recommendations really have any effect. You can tell people not to get pregnant, but that doesn’t’ mean they won’t,” said Pablo Kuri, deputy minister for prevention and health promotion.

The virus was first discovered decades ago in Africa, but was long thought to be more of nuisance illness with symptoms generally much milder than dengue.

Eighty percent of patients infected with Zika are asymptomatic, according to the CDC. Those people who do present symptoms may experience fever, rash, joint pain or conjunctivitis. Severe cases may require hospitalization, but no deaths have been linked directly to Zika. Most patients who exhibit symptoms do so for several days to a week.

On Tuesday, President Obama met with national security officials about Zika, and leaders from the National Institutes of Health (NIH), the CDC, and the Department of Health and Human Services briefed him on steps being taken to protect Americans from the mosquito-borne illness. They also briefed him on how the virus may spread further, and affect the economy and development in the hemisphere.

Scientists are developing various vaccines, all at different stages of development, for viruses in the same family as Zika— including dengue, West Nile and chikungunya— to try to suppress the outbreak, Dr. Anthony Faci of the NIH told the Associated Press Tuesday.

“This is not going to be overnight,” Fauci said, adding that the NIH also plans to boost funding to some Brazilian scientist to accelerate Zika-related research.