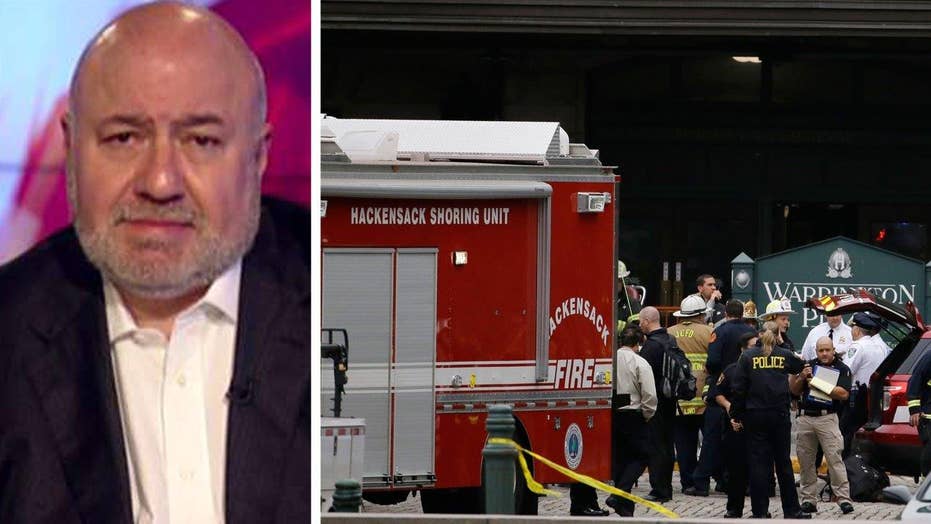 EMTs and hospital staff in the New York-Metro area kicked into high gear on Thursday morning after a commuter train crash at a New Jersey station killed at least one and injured more than 100, many critically. Witnesses said a woman was pinned under concrete and other people were bleeding— some with severe head injuries.

While officials are investigating what may have caused the train to crash through the station in Hoboken, slamming through barriers in the terminal’s reception area, sources told WNBC the crash appears to be accidental, not intentional.

“A type of accident like this is basically an impact situation similar to what you would see in a severe car crash where a car hits a tree,” said Dr. Manny Alvarez, chairman of the Department of Obstetrics and Gynecology and Reproductive Science at Hackensack University Medical Center in New Jersey.

Alvarez, senior managing editor for health at FoxNews.com, said passengers in the first few cars toward the front of the train would be at a greater risk of injuries to the head, including intracranial bleeding, as well as impact to the chest, including lung injuries. Those passengers would also be at a greater risk of tears to their major blood vessels. Victims of impact accidents such as this may also run the risk of damage to the spleen, which in turn could lead to internal bleeding and possibly cardiovascular shock. If not treated immediately, this event can lead to significant injuries, he added.

A spokesperson from Hoboken University Medical Center said its hospital staff had seen some back and neck injuries among the 16 passengers transported to its facility so far.

“There is a count at the scene to determine who goes where,” the Hoboken University Medical Center spokesperson told reporters. “Right now, the additional patients that we’re seeing right now are actually walking wounded because we are only about six or seven blocks from the crash site, and so some people are self-referring here.”

The source said victims appear to be mostly adults, but there may be one pediatric patient.

Dr. Kenneth Garay, chief medical officer of Jersey City Medical Center, told media Thursday that the hospital had treated 40 walk-in patients who suffered wounds in the crash and that nine to 11 patients were in the emergency room.

Garay said all patients at his hospital are stable and that none of their injuries are life-threatening.

In instances like these, medics attend to three levels of triage based on patients’ needs, Alvarez said. At the first level, EMTs are tending to injuries on site, hospital staff are tending to patients who may be stable but need more care, and trauma centers tend to patients who have significant injuries. Sometimes, patients may be transported from level I care to a trauma center after initial assessment.

“Since 9/11, more hospitals in the New York region have been constantly practicing for unexpected traumatic events,” Alvarez said. “We live in a world today where we get exposed not only to accidents but also some of these instabilities that we continue to see in our country.”