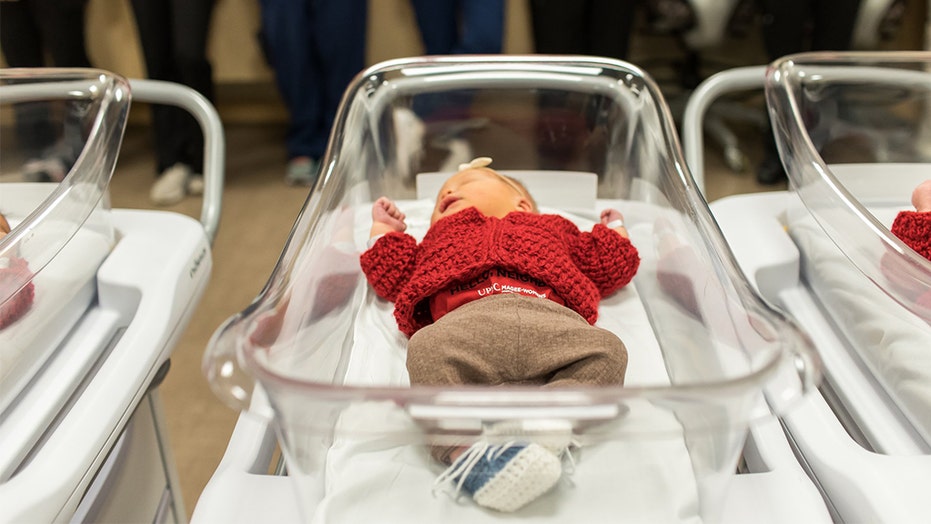 It was a beautiful day in the neighborhood on Wednesday as dozens of babies at UPMC Magee-Women's Hospital in Pittsburgh dressed up as the late Fred Rogers to pay homage to the host of the PBS television show, "Mr. Rogers' Neighborhood."

MISTER ROGERS' WIDOW JOANNE SHARES MEMORIES OF HER MARRIAGE TO THE TV STAR: 'PEOPLE WERE IMPORTANT TO HIM'

"UPMC Magee has dressed their babies up for special events for years now," Charley said. "It's one of the most popular traditions at the hospital."

Hundreds of staffers lined the railings of the hospital's main lobby to welcome Rogers' widow, Joanne, by singing her the theme song of "Mr. Rogers' Neighborhood." The show ran from 1968 to 2001, making it the longest-running children's entertainment show in history.

Fred Rogers was born in Latrobe, Pa. and lived in Pittsburgh for the last 50 years of his life, including for the entire run of "Mr. Rogers' Neighborhood." 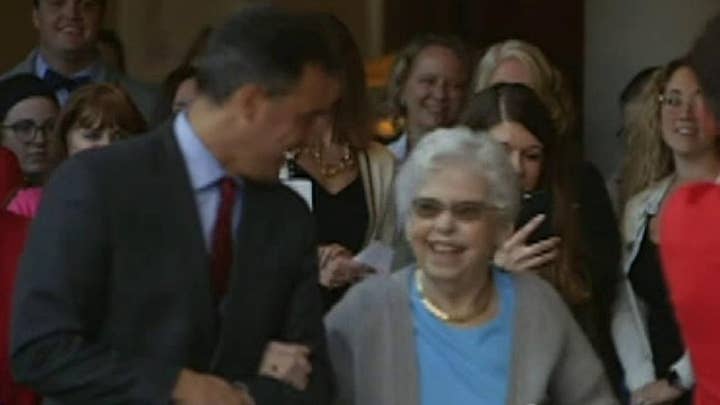 Joanne Rogers delighted in seeing newborns at the hospital sporting her husband's trademark crocheted cardigans and sneakers. The outfits were created by Caitlin Pechin, a nurse at the hospital.

“They’re so polite,” Rogers joked as she ogled over the bundled up babies.

"Mrs. Rogers kept telling us how much she loves babies. She got a real kick seeing them dressed up as Fred," Charley said. "Mr. Rogers is an iconic Pittsburgher and a lot of the values he represented overlap with the values at UPMC Magee."

Fred Rogers died in 2003 of stomach cancer. A documentary about his life, "Won't You Be My Neighbor?" was released last year, and he is played by Tom Hanks in the film "A Beautiful Day In The Neighborhood," to be released later this month.