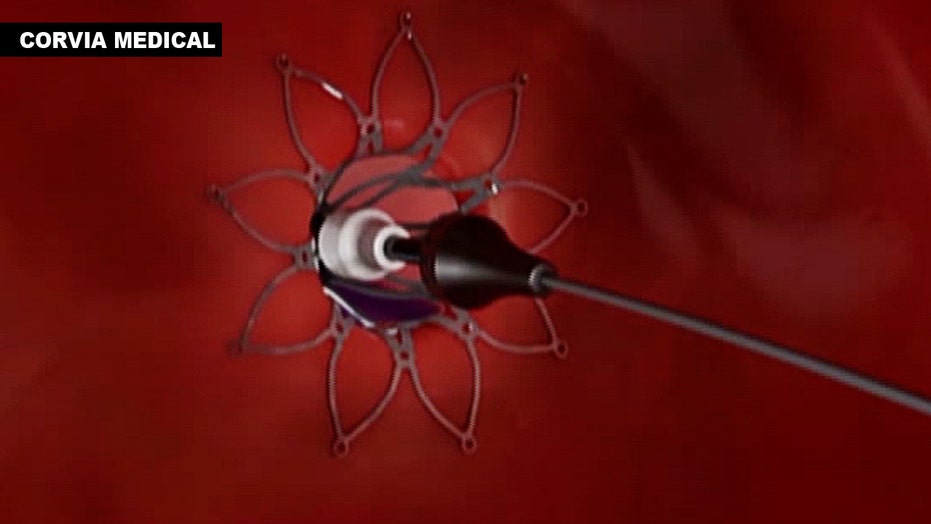 For patients with diastolic heart failure there aren’t many treatment options. But The Ohio State University Wexner Medical Center is testing a dime-sized implant that is inserted into a patient’s heart to increase function

A new approach in treating diastolic heart failure is offering hope to patients who have been frustrated by the lack of options. Janet Wickham, 69, lost both her mother and great-grandmother to the disease and recently received a diagnosis of her own.

Diastolic heart failure occurs when the heart beats normally, but does not relax enough to fill up completely between beats. As a result, the blood backs up and pressure builds in a patient’s lung.

“Treatment for diastolic heart failure has been very disappointing over the last three decades,” Dr. Rami Kahwash, a cardiologist and the study’s principal investigator at The Ohio State University Wexner Medical Center, told FoxNews.com. “We tried old tricks, the one we use in the treatment for systolic heart failure and actually, unfortunately, none of them worked.”

In the new approach, doctors punch a small hole in the wall of a patient’s heart and use an inter-atrial shunt to keep it open which allows for excess blood to train from one side to the other.

“It’s just like when you have a traffic jam, and instead of backing up all the way back to the lung, you create kind of a detour that kind of takes you around the lung,” Kahwash told FoxNews.com.

The device works to relieve pressure and allows the heart to work better. In the trial that Wickham is a part of, half of the 40 patients will be outfitted with the device and the others will not. Patients will not know if they were treated with the new device until after the trial is over.

While Wickham is aware that she may not have been fitted with the device, she is just thankful that new options are being explored to treat the disease.

“I’m wanting to feel better. And what will be will be, but if there’s a chance of something I want to try it,” Wickham said.

Patients interested in seeing if they qualify for the study can check at TreatMyHeartFailure.com.