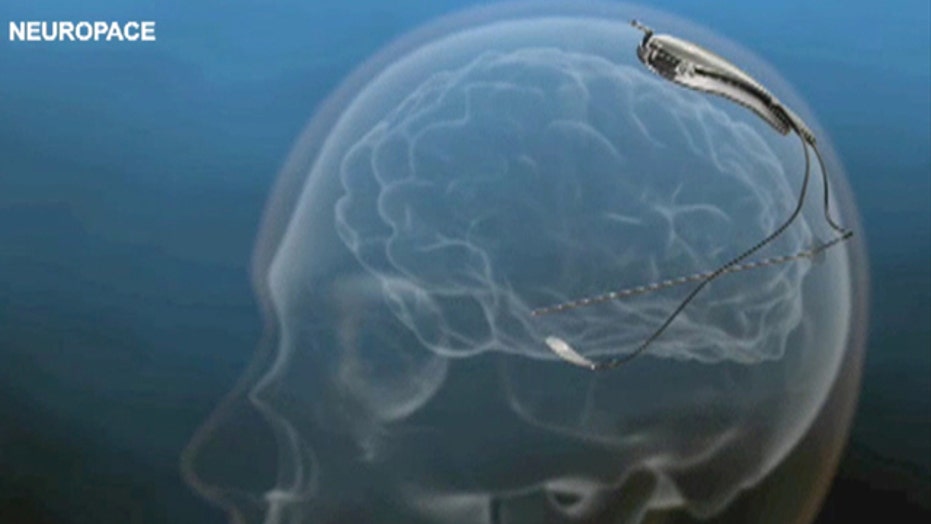 The U.S. Food and Drug Administration has approved a new device designed to intercept and lessen the effects of seizure activity in the brain

There's good news for those suffering with epilepsy – the U.S. Food and Drug Administration has approved a new device designed to intercept and lessen the effects of seizure activity in the brain.

"It's going to be a clear innovation in terms of what we can deliver our patients with epilepsy," said Dr. Dileep Nair, an epilepsy expert at Cleveland Clinic in Ohio.

The device is called the RNS Stimulator and is designed for patients whose seizures can be pinpointed, but can’t be controlled with medicine or surgery.

Kelly O’Brien, 29, has suffered seizures since she was a teenager.

"If I wanted to go out I pretty much needed to be supervised because I could have one any time, any place," she said.

With major brain surgery as her only alternative, the Dublin, Ohio resident decided to enroll in a trial for the RNS Stimulator.

"If I had the grey matter removed (during brain surgery), then there was a good chance that I would lose my peripheral vision, and not be able to drive again and right away I couldn't handle that," she said.

The device is about the size of a credit card. Once it’s implanted into the skull, it monitors brain activity and sends electrical currents when a seizure begins.

"The reasoning for delivering electrical current is we believe that stimulation through this way can sometimes shut off or break up the seizure before it develops into something more severe," Nair said.

O’Brien has been seizure-free since getting the stimulator in 2008.

"I'm driving again so I have a lot more freedom,” she said. “I've got two part time jobs, and it just enables me to do a lot more than I could before."

Nair said it’s important to note although many patients have experienced impressive results with the device, it isn’t a viable option for all types of epilepsy.