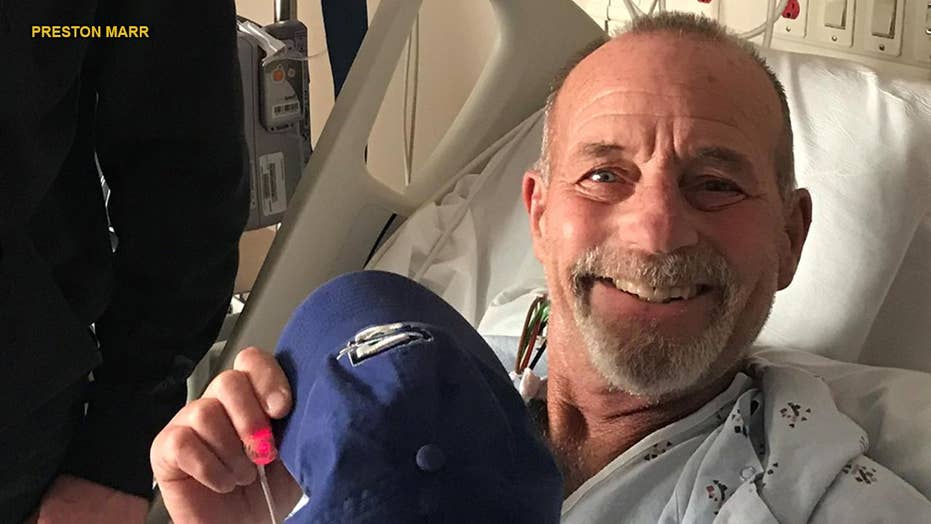 Nearly brain-dead man survives after being taken off life support

Medical Mysteries and Marvels: After being found lying unresponsive at his home, T. Scott Marr was rushed to a nearby hospital where doctors surmised that he had a stroke, but his condition deteriorated and he was placed on life support. Eventually, his four children decided to take him off life support, but instead of fading away, Marr miraculously began responding. Marr was eventually released from the hospital.

Marr was rushed to nearby Methodist Hospital, where doctors said he had likely suffered a stroke, reported World-Herald.

However, Marr’s condition quickly worsened with severe swelling on his brain. He had to be placed on life support, the news outlet stated.

The next day, doctors looked over the former basketball announcer’s condition, but it didn’t look good. Doctors didn’t expect him to survive.

That’s when Marr’s four children had to make a difficult decision.

After meeting in his hospital room to say goodbye, the family decided to take the 61-year-old off life support, according to the World-Herald.

The family planned to prepare for a funeral the next day.

However, something miraculous happened. Rather than fading away as expected, Marr began responding. Slowly, he was able to smile and move his hands and toes, said the report.

According to Inside Edition, his daughter Preston had to rub her eyes to make sure it was real.

According to a report published in the American Journal of Neuroradiology, the condition often shows symptoms such as a severe headache, changes in vision or nausea.

PRES symptoms can vary widely among patients, but experts have observed that many have high blood pressure in conjunction with the condition.

Doctors stated that severe swelling wasn’t one of the common symptoms, reports Inside Edition. That likely led to the doctors’ initial misdiagnosis.

Thankfully, PRES includes a good prognosis and ability to manage, as was the outcome in this case.

Following Marr’s miraculous survival, he was able to go through speech and physical therapy and was then released from the hospital, reported World-Herald.