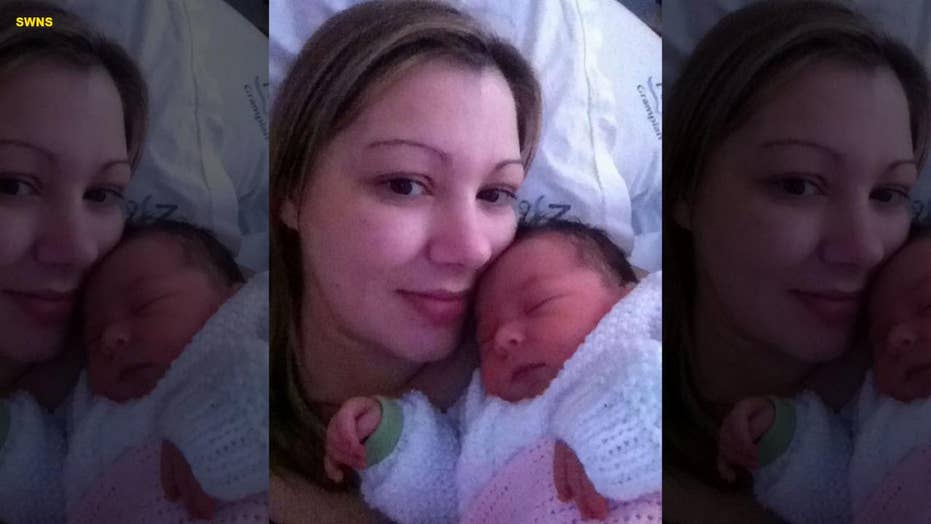 A Scotland mom was airlifted to a hospital after her C-section scar split open while she was in the shower just days after giving birth to her daughter.

A mom in Scotland said she remembers sitting on her couch thinking “Oh my God, I’m holding my intestines,” after her cesarean section scar split just days after her daughter’s 2011 birth.

“Everyone was asking me, ‘What have you been doing’? But I wasn’t doing anything I shouldn’t have — I was just having a shower,” Mel Bremner, of Aberdeenshire, told SWNS. “People think that C-section is the easy way out. It’s really not.”

Bremner had undergone an emergency C-section after her labor wasn’t progressing. Her daughter Nadie was born healthy on Dec. 9 and the pair were released to go home days later.

According to the American College of Obstetricians and Gynecologists (ACOG), complications to the mother can occur during a small number of C-section births including infection, blood loss, blood clots, injury to bowel or bladder, or reaction to medications or anesthesia.

The ACOG recommends special care and limited activities upon hospital release, as patients are expected to experience mild cramping, bleeding or discharge for up to six weeks, as well as pain in the incision. Women are advised not to lift anything heavier than their baby, and to avoid lifting from the squatting position. It is also advised to avoid scrubbing the incision area, as well as to avoid submerging the scar in a bath or pool.

The odds of a woman incurring Bremner’s type of injury, which is referred to as incision dehiscence, remains low. According to a 2010 study in the Archives of Gynecology and obstetrics, 1.2 percent of C-section recoveries are impacted by dehiscence. Patients can further reduce their risk of complication by limiting activities such as driving, lifting or performing exercises.

About five days after Nadie’s birth, Bremner bent down while in the shower, which she says led to a frightening series of events.

“I don’t remember if I felt it happen or saw it happen first, but my intestines were slipping out of my stomach,” she told SWNS. “I put my hands underneath to catch it.”

Bremner said she called for her partner Aidan Johnson, who called paramedics and covered her with a towel. The pair managed to take a graphic photo of the ordeal before paramedics arrived.

“When I look at that photo I remember sitting there and my stomach and insides were literally in my hands,” she told SWNS.

Bremner was airlifted to Aberdeen Royal Infirmary where she had surgery to repair her wound. A spokesperson for Dr. Gray’s Hospital, where she had initially given birth, declined to comment to SWNS on Bremner’s case.

She went on to give birth to two more children, via C-section, without further complications.