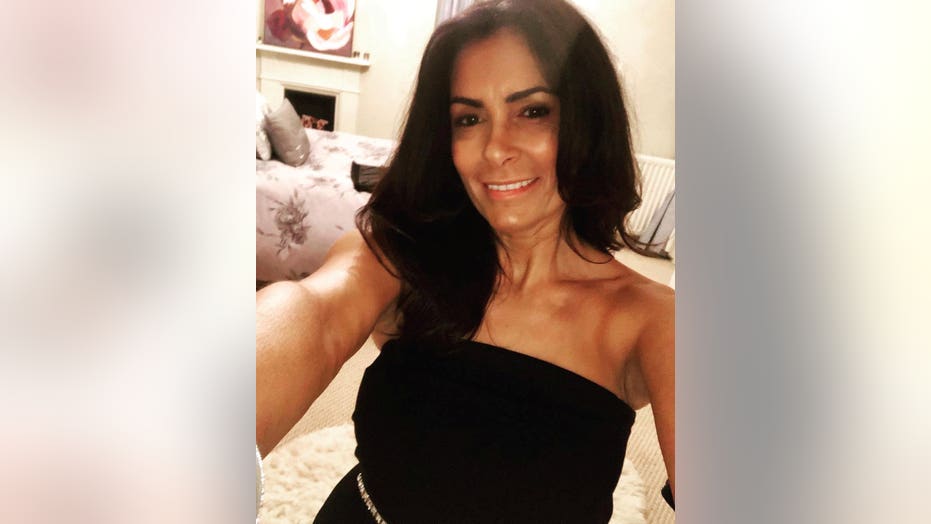 A woman who sought breast implants back in 2004 after losing weight said the cosmetic procedure actually wound up saving her life when years later she discovered a lump in her left breast that was revealed to be cancerous.

Litha Georgiades, who said she went from a natural C cup to an F cup, told SWNS that she first discovered the lump while showering in 2011, but hadn’t had any other symptoms.

Georgiades said she sought the implants after losing weight, and had them for seven years before she discovered a lump while in the shower.  (SWNS)

“My doctor examined my breasts with her hands before she just dismissed the lump as a result of my implant,” Georgiades, of Southend-on-Sea, England, told SWNS. “I’d already had the implants for a good seven years by this point so I did think it was strange that the lump would appear now if it was because of them, but the doctor seemed so certain that I just trusted her and went back home.”

Georgiades, now 49, said she had no family history of breast cancer either, but when the lump grew in size she went back to the doctor in 2012, who this time sent her for an ultrasound and biopsy.

Three weeks later, she was told it was cancer that it had spread to her sentinel lymph node.

“I have no family history of cancer and I had no pain or sensations from my left breast so the breast implant really did save my life,” she told SWNS.

Georgiades said fear consumed her, and she was certain that she was going to die, leaving her son without a mother. In July 2012, she underwent a mastectomy of her left breast, which was then reconstructed with a silicone implant, according to SWNS. She continued with follow-up scans, but in June 2017 she felt another lump in her left armpit, which turned out to be cancer that this time had spread to her armpit, neck, and spine.

Though she is still battling cancer, Georgiades said she credits her implants with saving her life as she had no other symptoms and no history of breast cancer in her family.  (SWNS)

“Hearing it had come back was completely devastating – I thought my struggle was over, but here I was battling cancer yet again,” Georgiades told SWNS.

She underwent radiation and estrogen injections and had her ovaries removed in March 2018. However, the cancer spread to her femur and liver.

“Although this is the worst thing that can happen to anyone, I feel so much good has come from my diagnosis,” she told SWNS. “The love and support I have received from friends and family and even strangers has melted my heart. I feel so grateful to have such wonderful people in my life and I’m not giving up without a fight.”

Georgiades said her son, now 14, does understand that she is sick and that he inspires her to stay positive through the setbacks.