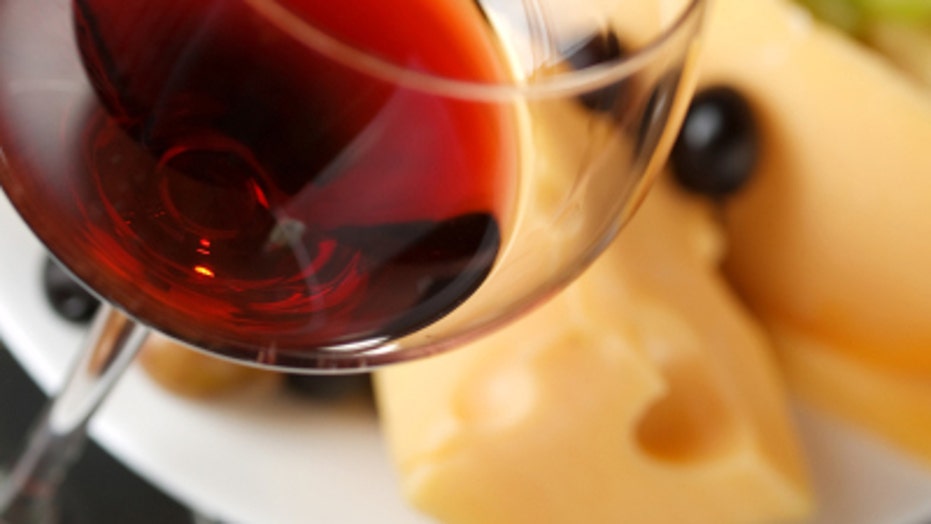 Drinking wine will give you more than just a healthy heart. Find out why you should start sipping both red and white wine.

Middle aged women who eat a lot of refined carbs might offset their risk of type 2 diabetes by drinking a moderate amount of alcohol, a new study suggests.

Following more than 80,000 women over 26 years, researchers found that those who ate a diet high in refined carbohydrates, such as white bread, potatoes and sugary drinks, had a 30 percent lower risk of developing diabetes than women with similar eating habits who didn't drink alcohol.

Previous research has linked moderate drinking with lower diabetes risk, but the new study tried to get at why that might be by looking specifically at women with high-glycemic diets -- that is, diets high in the refined carbs that are prone to raise blood sugar.

"If you eat a high carb diet without drinking alcohol, your risk of developing diabetes is increased by 30 percent," said senior author Dr. Frank Hu, who studies nutrition at the Harvard School of Public Health in Boston, Massachusetts.

"However, if you eat a high carb diet, but (drink) a moderate amount of alcohol, the increased risk is reduced," he told Reuters Health. Nearly half of the estimated 26 million American adults with diabetes are women, according to the Centers for Disease Control and Prevention.

Diabetes can lead to additional serious health issues, such as heart disease and stroke, nerve damage and amputations.

The new study, published in the American Journal of Clinical Nutrition, doesn't prove alcohol protects against diabetes. But Hu and his colleagues speculate that alcohol might affect the body's release of insulin and other substances after a meal, blunting the blood-sugar spikes that promote diabetes.

Hu's team analyzed data on 82,000 women participating in the long-term Nurses' Health Study. After 26 years of follow-up, 6,950 women, or about nine percent, who were diabetes free at the outset had developed the condition.

The researchers also examined participants' diets, including alcohol, based on surveys taken every four years.

Overall, the women who ate the most refined carbs, such as breakfast cereals, breads, mashed potatoes, colas and orange juice, and whose diets included a lot of meat, were at highest risk of developing diabetes.

But within that group, moderate drinkers -- those whose average alcohol intake was more than 15 grams (about half an ounce) a day -- had a 30 percent lower risk than women who didn't drink at all.

Typically, the moderate drinkers imbibed 24 grams (0.8 ounce) of alcohol a day, which translates to about two drinks per week.

Only a small fraction of the subjects were heavy drinkers (about two ounces per day or more), but heavy drinking was not linked with lowered diabetes risk.

Jill Kanaley, who studies type 2 diabetes at the University of Missouri in Columbia and was not part of the study, was surprised by the findings.

"I've never really noticed in the literature that drinking a few glasses of alcohol could have an impact on the relationship between how much carbs you eat and diabetes risk," Kanaley said.

But she pointed out that "there are many factors the study didn't look at, such as when alcohol was consumed, if it was consumed with the meal, or the different types of alcohol used.

Though Hu isn't encouraging people to start drinking alcohol as a means of diabetes prevention, he does think the study reveals an interesting interaction between alcohol and carbs.

"We still advocate a diet with reduced refined carbs," he said. "And for people who drink, they should do so moderately."