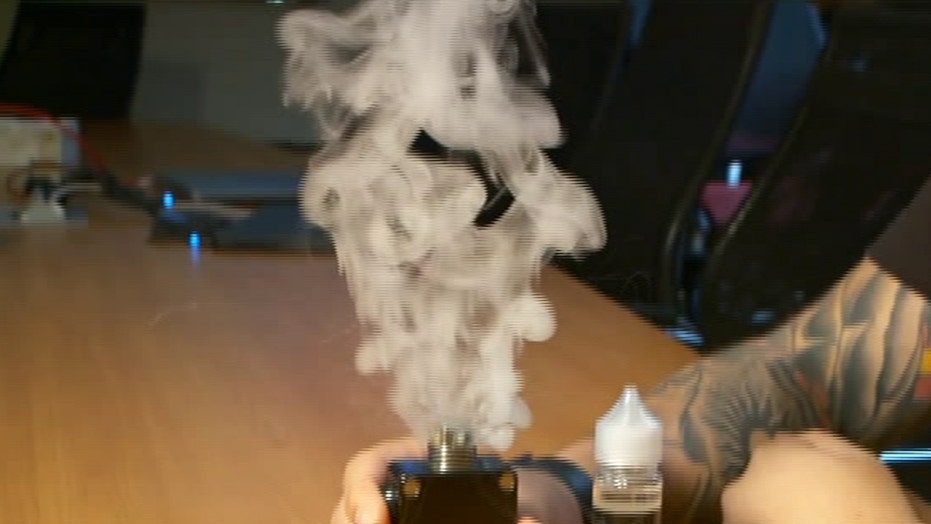 One in four teens who use electronic cigarettes have tried "dripping" liquid nicotine directly onto the heating coils on the devices to get thicker clouds of vapor, a new study suggests.

Big U.S. tobacco companies are all developing e-cigarettes, battery-powered gadgets with a heating element that turns liquid nicotine and flavorings into a cloud of vapor that users inhale.

For the past decade, public health experts have debated whether the gadgets might help with smoking cessation or at least be a safer alternative to traditional combustible cigarettes, or whether "vaping" e-cigarettes or vape pens might lure a new generation into nicotine addiction.

The current study suggests at least some of the answers to these safety questions may have to account how people use e-cigarettes to get their nicotine hit, said Dr. Suchitra Krishnan-Sarin, a psychiatry researcher at Yale University School of Medicine in New Haven, Connecticut.

"The risks of short term and long term use of e-cigarettes are not known," Krishnan-Sarin said by email.

While e-cigarettes may contain fewer toxicants than traditional cigarettes, they do contain chemicals like propylene glycol and glycerin, "which when heated at high temperatures like with 'dripping' can produce high levels of carcinogenic compounds like aldehydes," Krishnan-Sarin added.

"E-liquids also contain many flavor chemicals such as aldehydes, vanillins and alcohols which are considered safe for ingestion, but little is known about the toxicity of inhaling these chemicals, especially when they are volatilized at high temperatures," Krishnan-Sarin said.

Overall, 1,080 teens, or about 15 percent, said they had tried e-cigarettes, researchers report in Pediatrics.

About 26 percent of e-cigarettes users had tried dripping. Most often, teens did this to produce thicker clouds of vapor, though they sometimes tried dripping to enhance flavors of the liquid nicotine or to heighten the feeling of smoke inhalation in the throat or lungs.

The study didn't examine what flavors teens used for dripping or assess how much nicotine might be in the liquids adolescents used, the authors note.

Another limitation is that a large proportion of teens said they didn't know whether they had tried dripping, which might have led the authors to underestimate the prevalence of this behavior.

It's also not clear from one year of survey data that dripping is gaining in popularity, and it may actually be falling out of favor, said Dr. Riccardo Polosa, a researcher at the University of Catania in Italy who wasn't involved in the study.

Dripping was common in the early days of e-cigarettes when the devices had open-system atomizers and no tanks to hold liquid, Polosa said by email. It was considered a nuisance because users had to carry a bottle with liquids, add more fluids frequently and worry about flooding the atomizer.

Still, there's cause for concern, said Maciej Goniewicz, a researcher at Roswell Park Cancer Institute in Buffalo, New York, who wasn't involved in the study.

"Although this study does not look at the health effects of 'dripping' in youths, laboratory tests showed that 'dripping' increases risk of inhaling high doses of nicotine and cancer-causing chemicals from e-cigarettes," Goniewicz said by email.

"Inhaling aerosols from e-cigarettes seems to be less risky as compared to smoking tobacco cigarettes, but 'dripping' is not a safe technique for using e-cigarettes and should be avoided," Goniewicz said.