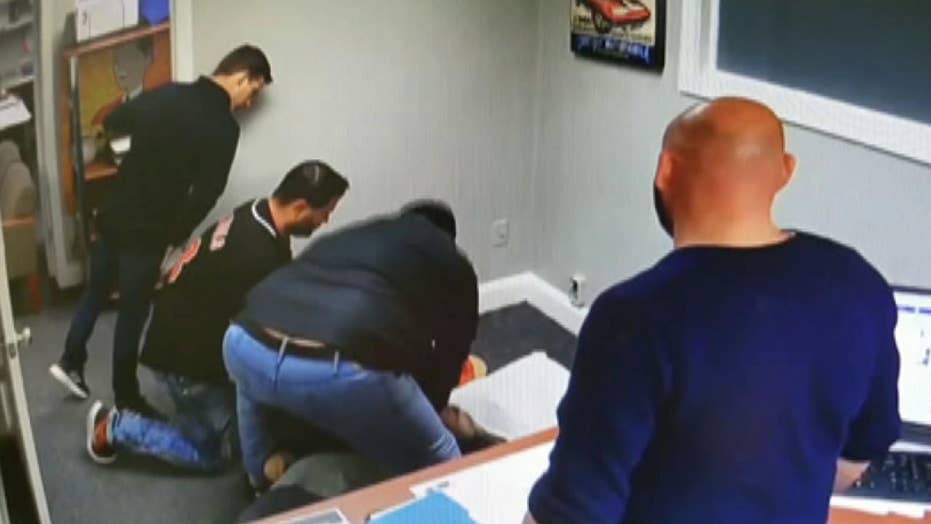 A Texas man will likely be home in time for the holidays after suffering a life-threatening heart attack while shopping for a car on Monday. In surveillance footage captured by 57 Auto Sales’ cameras, Robert Mauricio, 61, can be seen completing the car sale with his salesman Bernie Lopez.

Suddenly, Mauricio, who has already had four stents put in his heart, leans back and his body goes limp.

Lopez then dashes out of the room and returns with two more employees who begin CPR while waiting for paramedics to arrive.

Hospital staff reportedly said he didn’t have a pulse for five minutes, but just days later he is up and talking.

“It’s like you could never give enough thanks or pay enough thanks for what they’ve done for me,” Mauricio told the news station.

Once he’s released from the hospital, he plans to complete the purchase of his Mitsubishi Outlander.