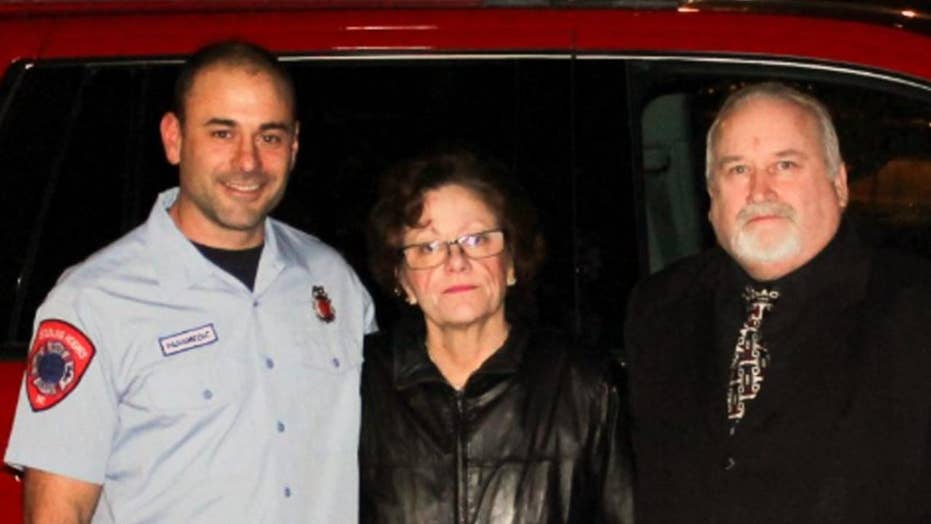 Moments after a Sterling Heights, Mich., man made the final, heart-wrenching decision to take his near brain-dead wife off life support, she started breathing. Nearly four months later and against all odds, she is home making a full recovery.

Karl DeLeeuw believes his wife, Michele, is a living miracle.

“I just thank God that I was saved,” she told the local news. “I was spared. I know that that means something. Something good is going to come out of this.”

EMT SAVES PARTNER'S LIFE AFTER HE SUFFERS A STROKE AT THE WHEEL: 'IT'S A TRUE MIRACLE'

In August, Michele was having a heart attack when Karl dialed 911. She wasn't breathing and he didn't know CPR.

"I think she just died. Hang on please," he said in an urgent call to first responders.

The 911 operator coached Karl through CPR, which gave his wife a chance at survival.

The paramedics who revived her multiple times on the way to hospital presented Michele with a "Survivor Coin," which she said she credits to them and her husband.

She remained unconscious for three weeks until moments after the plug on life support was pulled.