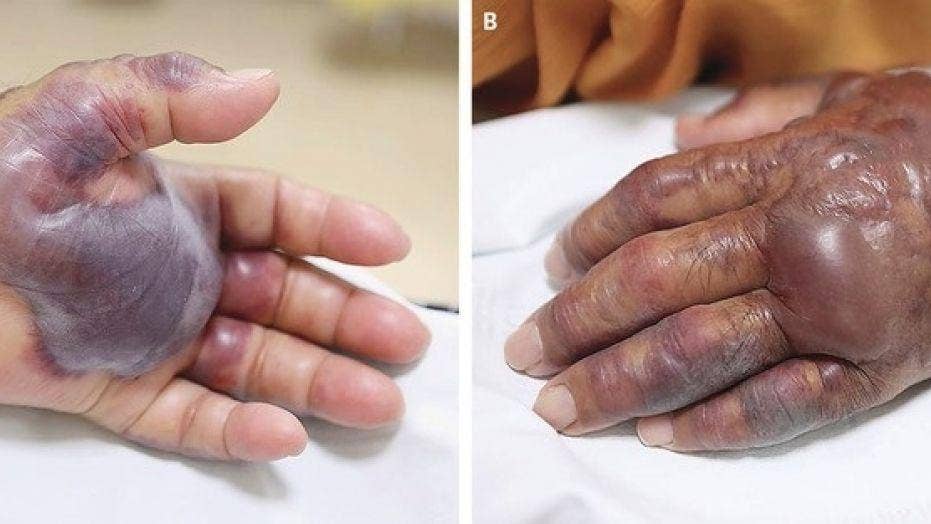 A 71-year-old South Korean man developed large blisters and a fever as a result of a bacterial infection caught from eating raw seafood in a sushi dish. 25 days after eating the meal, the man had to have his left hand and forearm amputated to stop the spread of rotting tissue.

A 71-year-old man in South Korea had his left forearm amputated after he developed a fever and excruciating pain in his hand hours after eating raw fish. The unnamed patient, who had a history of type 2 diabetes, hypertension and was facing end-stage renal disease, developed large blisters on the palm on his left hand, which quickly spread to the rest of his hand.

In a case report published by the New England Journal of Medicine, the infection was identified as vibrio vulnificus, and surgeons attempted to extract it and treat him with several antibiotics.

Vibriosis causes an estimated 80,000 illnesses and 100 deaths in the U.S. each year, the Centers for Disease Control and Prevention (CDC) reported. In addition to eating raw or undercooked seafood, patients may also contract the infection by exposing a wound to seawater.

Preventative measures include washing hands thoroughly after handling raw seafood and staying out of brackish or salt water if you have open wounds.

The report, which did not reveal a timeframe for the unnamed patient’s case, noted that his medical history left him at a particularly higher risk of infection.

Despite the treatments, the blisters progressed to deep ulcers and the infection spread up his arm. Surgeons amputated his left forearm 25 days after he sought initial treatment for the pain, and he has since been discharged.