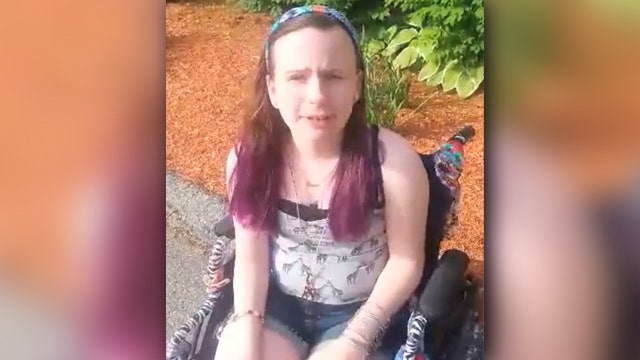 A lawsuit filed by the family of a Connecticut teen who was placed into state custody after a dispute over her diagnosis and put in a psychiatric unit is scheduled to start Tuesday.

The suit was brought by the parents of Justina Pelletier against Boston Children's Hospital and those who treated their daughter, The Boston Globe reported Monday.

“Justina has suffered severe and debilitating psychiatric trauma as a result of being held against her will in a locked psychiatric ward, isolated from her friends and families, and enduring several months of treatment in which her physical symptoms and disease were denied by her primary caregivers," according to the suit, which will be heard in Suffolk Superior Court.

The family is seeking unspecified damages.

Pelletier was 14 in 2013 when she was placed in state custody in Massachusetts.

She had been diagnosed at Tufts Medical Center with mitochondrial disease, a disorder that affects cellular energy production. But Boston Children's diagnosed her problems as psychiatric.

When her parents rejected that diagnosis and tried to take her back to Tufts, allegations of medical child abuse were raised, and the Massachusetts Department of Children and Families took custody of her.

She eventually was returned to the care of her parents in 2014 after a judge's order.

The case drew national media attention and ignited a debate over parental rights.

The Pelletiers did not return calls about the lawsuit, and their lawyers declined to comment.

“We will vigorously defend the care our clinicians provided and unequivocally refute the allegations that are being made against them,” the hospital said in a statement to the Globe.