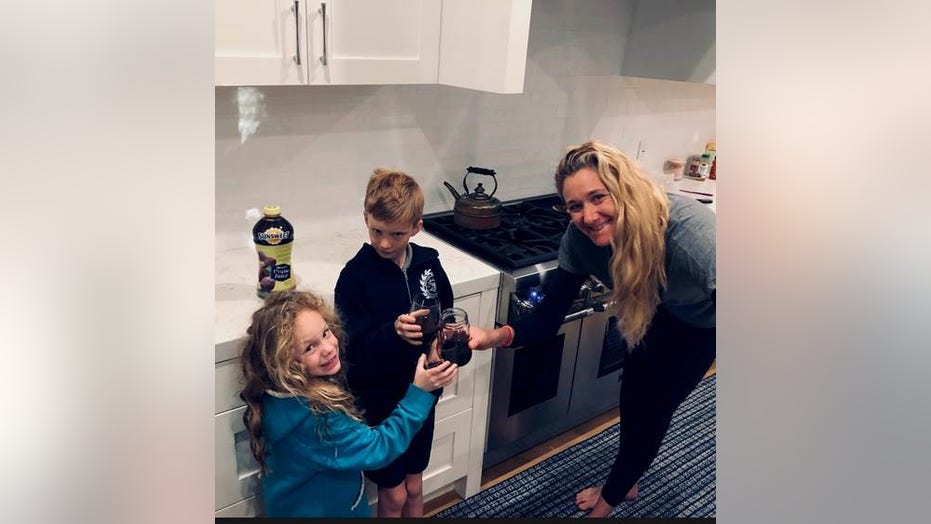 At 41, Kerri Walsh Jennings shows no signs of slowing down ahead of her sixth Olympic run.

Walsh Jennings, pictured with two of her children, said providing a good nutritional example for her kids is a key part of her parenting. (Courtesy of Walsh Jennings. )

“I’m shooting for greatness,” the mother of three told Fox News. “I want to be the greatest ever.”

When she gets to Tokyo, she’ll be avenging her 2016 Bronze medal finish in Rio, and also the oldest Olympic beach volleyball player in history, which is something she is aware of but doesn’t take time to dwell on.

“Age is just something,” the three-time Gold Medalist said. “My body feels so good. My body feels great, I really feel forever young.”

Her decades competing as a professional athlete have taught her how to handle criticism and fuel it into victory, from when she first made the switch from indoor volleyball to the beach, and even when she decided to start her family.

Linking her gut health to her brain health has changed the way she approaches snacking and eating.  (Courtesy of Walsh Jennings)

“In my hard moments, I hear the idiots, but I try to stay optimistic and pivot as quickly as I can,” Walsh Jennings said.

Pivoting to the positive has played a key role not only in her game but also in her personal life. After a miscarriage in early 2006, doctors advised she wait two years until trying to get pregnant again. But when she was ready to try once more, people were quick to try to dissuade her.

“When we conceived I was bawling,” she said. “People told me, ‘Don’t have a baby, it’ll mess up your body, mess up your endorsements,’ all these things that really didn’t matter to me because life is so much bigger than sport, and life is meant to be full.”

She said that her emotions quickly turned into joy and that while she did lose a few endorsements, plenty of other opportunities followed.

“With one door shutting, others came on board,” she said. “There’s a whole market for female athletes who are moms – it’s a different kind of life, different kind of training and opened new avenues for me. It’s certainly only been a blessing to the highest degree.”

She said the partnership with Sunsweet has helped her life a "practice what you preach" lifestyle. (Courtesy of Walsh Jennings)

This is why when a partnership with Sunsweet came along, Walsh Jennings jumped. Nutrition plays a key part in the player and mother that she’s become, and she wants her kids to see how it’s enabled her to keep competing long after others have stopped.

The physical aspect of training has always come easy for Walsh Jennings, but it’s the mental and emotional part that can throw her off her game.

Since making the connection between her gut health and her brain focus, Walsh Jennings has changed the way she approaches her diet from early on in her career, where her fast metabolism allowed her to consume whatever she wanted. She was winning, but she knew she could be performing even better.

“My mental state is so much better when I fuel myself as clean as possible,” she said, adding that she’s not afraid to live a “practice what you preach” lifestyle, which has helped shape the way her kids approach nutrition as well.