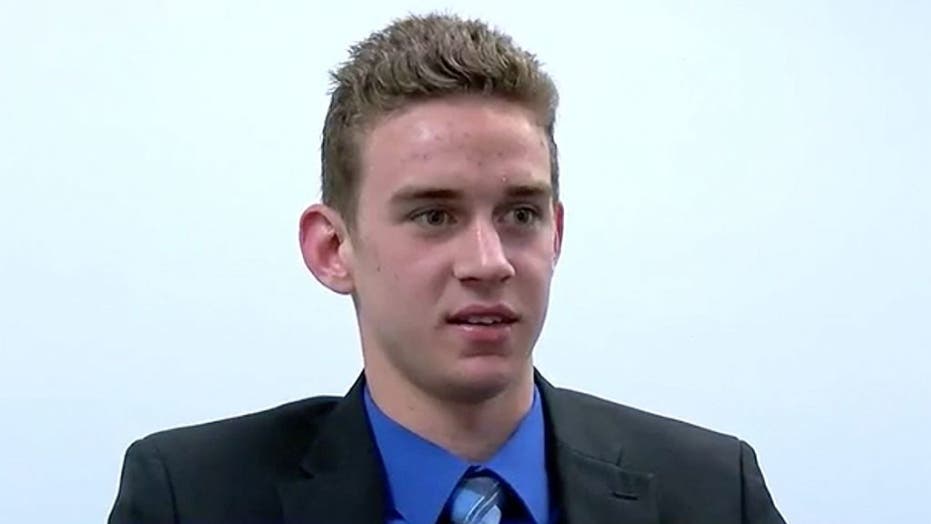 The Kentucky high school senior at the center of a vaccination lawsuit has allegedly come down with the chicken pox. The teen’s lawyer reportedly told the Cincinnati Enquirer that his client was diagnosed with the virus last week and that “he’s a little itchy.”

The diagnosis comes weeks after 18-year-old Jerome Kunkel first landed in the headlines for the lawsuit he filed against his state’s health department, which had barred him from participating in his school’s basketball season over his refusal to get the chickenpox vaccine.

The rule was instated after a chickenpox outbreak took place at the Assumption Academy, where Kunkel is enrolled, which is associated with Our Lady of the Sacred Heart Church in Union. After 32 students came down with the illness, the health department said that unvaccinated students were not allowed to attend school until 21 days after the onset of a rash on the last student or staff member.

Kunkel claimed the vaccine was “derived from aborted fetal cells,” which he considers “immoral illegal and sinful.” While some Catholics take issue with the fact that some vaccines were derived from cells taken from two fetuses who were aborted in the 1960s, the National Catholic Bioethics Center notes that a tiny sample of those cells were multiplied to create viruses that were, in turn, used to develop vaccines, and that today’s vaccines are far removed from those cells because the cell lines have grown independently.

Two dozen other students joined Kunkel’s lawsuit. His lawyer, Christopher Wiest, told the news outlet that about half of his clients had come down with the contagious virus since the filing.

The virus is a high contagious illness that can cause itchy, blister-like rash on patients that first appears on the chest, back and face. It can be serious in babies, adolescents, people with weakened immune system, adults and pregnant women.

According to the Centers for Disease Control and Prevention (CDC), the best way to prevent the virus is to receive the vaccine.