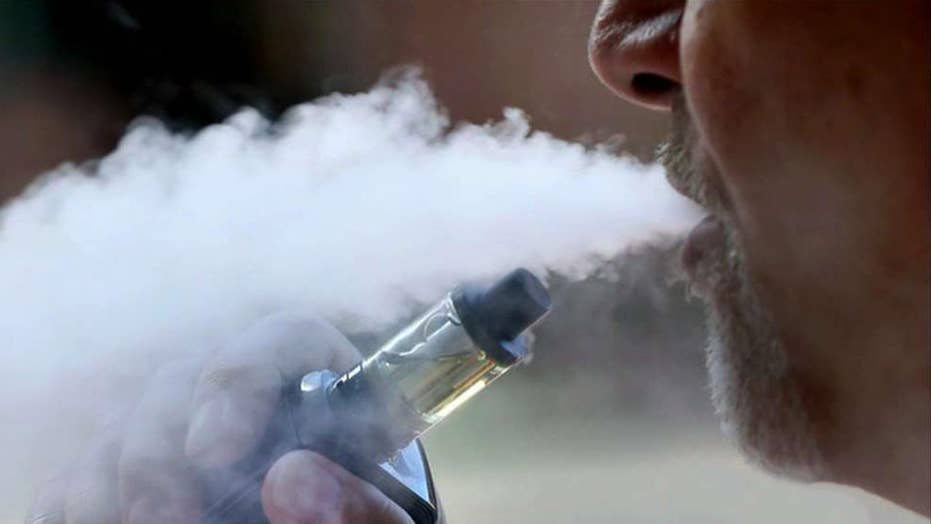 Centers for Disease Control and Prevention reports more than 800 people have gotten sick after vaping; Jonathan Serrie reports from Atlanta.

School districts in Kansas, Missouri and New York sued e-cigarette giant Juul on Monday, accusing the company of endangering the lives of students through deceptive marketing misconduct. They are believed to be the first school systems in the nation to sue the company that dominates the e-cigarette market and pushes the devices – which look like pens or thumb drives – that have become wildly popular among teenagers.

In St. Louis, the Francis Howell School District claimed in its federal suit that vaping products cause "significant and ongoing nicotine abuse." The district says that there were 248 nicotine-related infractions last year, up from 54 five years ago, including three at an elementary school. The district also claimed that they have been forced to hire additional staff to monitor the bathrooms and hallways for students vaping. Francis Howell also included examples of colorful ads from Juul that featured young people vaping and promoting parties for the brand.

In response to the lawsuit, Juul claimed that their product "has always been only intended to be a viable alternative for the one billion current adult smokers in the world."

Juul Labs, in which tobacco giant Altria Group Inc. owns a 35 percent stake, has denied ever marketing to children and said it does not "want any non-nicotine users to try our products. We have launched an aggressive action plan to combat underage use as it is antithetical to our mission."

Robert Gatter, director of St. Louis University's Center for Health Law Studies, said the lawsuit against the company sends a strong message about the school district's role in the community.

"They have an obligation to protect the welfare of their students," he told the St. Louis Post-Dispatch.

Late last month, Juul said it would stop advertising its electronic cigarettes in the United States and replace its chief executive, as mysterious breathing illnesses and an explosion in a teen vaping triggered efforts as high as the White House to crack down on the largely unregulated industry.

Federal and state officials have also seized on the recent outbreak of lung illnesses. Federal officials say there have been at least 1,080 injuries and 18 deaths connected to e-cigarettes. 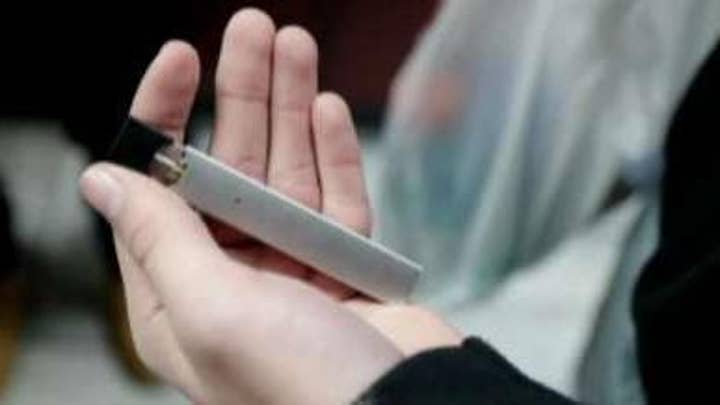 In Olathe, Kansas, Superintendent John Allison told The New York Times, "As smart as our students are, they don't understand the long-term ramifications of vaping and the amount of addictive chemicals they are dealing with. It's our role to product our students today and in the future." He said it is up to the school district to make sure the students stay healthy.

In Long Island, New York, the administrators of the Three Village Central School District claimed in court Juul's conduct "has given rise to an epidemic of vaping across America and within plaintiff's school district."

The district said it's been forced to pay for "significant resources combating this public nuisance of defendant's creation" and will continue to do so.

As the school districts go up against Juul, they are getting help from first lady Melania Trump.

On Monday, Trump said companies "must stop" marketing e-cigarettes to children, adding that they are addictive and dangerous.

"It is important to me that we all work to educate children and familiar about the dangers associated with this habit," she said.