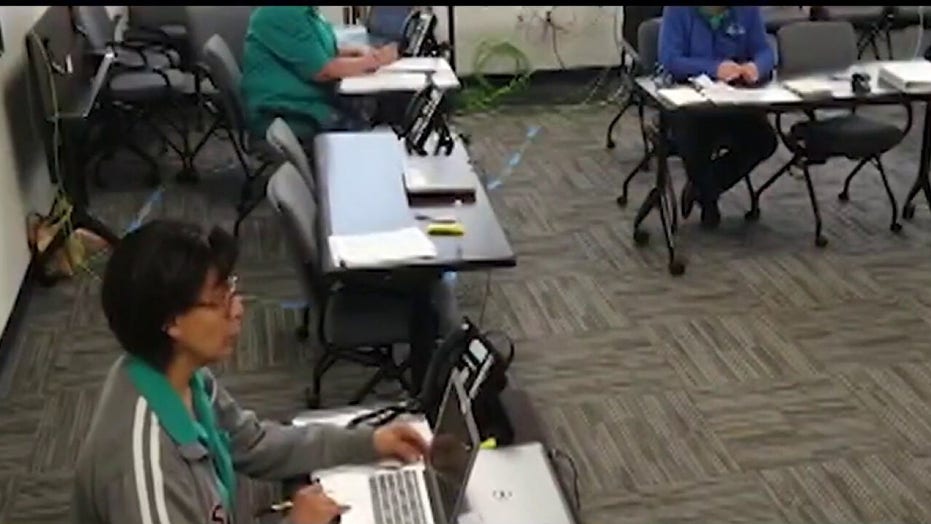 Coordinator for the Loudin, County Medical Reserve Corps Francis Rath joins Arthel Neville to discuss how his organization is helping local health departments and the need for volunteers.

The Idaho mother who was arrested for allegedly refusing to leave a playground area closed by the coronavirus pandemic has apologized to police on Friday.

Sara Brady, 40, said in a prepared statement that she was on edge with the “constant stress" of being stuck at home and trying to take care of her cooped-up children, along with other responsibilities.

“However, this is not an excuse for my behavior and my part in what happened," she said, according to Boise's KBOI-TV. “I never thought a knee-jerk comment made to you out of frustration ... would create such a divide."

Her arrest last Tuesday prompted about 100 people to descend upon the Meridian City Hall, Boise's KTVB-TV reported. The next day a large group gathered outside the arresting officer's house, as well as Brady's house in protest.

Brady said she wants to make things right between her and the Meridian Police Department officer, adding that her frustrations got the better of her.

"While I disagree with the current restrictions being put in place that are restricting our freedoms -- I never intended or thought me going to the park on a sunny day with my kids would evolve to the point that it would involve the Meridian Police Department, your fellow officers, you, or your family," Brady said, according to the station. "If I had I would have never attended the park that day."

Brady was allegedly captured on video last Tuesday telling an officer to arrest her, as her two children stood nearby.

"Arrest me for being difficult. Do it! Record it!," she allegedly said, according to KTVB.

Police said the metal signage and caution tape was removed at the park protest on Tuesday, and they "observed numerous individuals gathered on the closed playground area."

Brady was charged with misdemeanor trespassing on a closed playground.

Idaho has seen more than 1,897 coronavirus cases and at least 56 deaths from the virus as of Monday morning, according to data from Johns Hopkins.