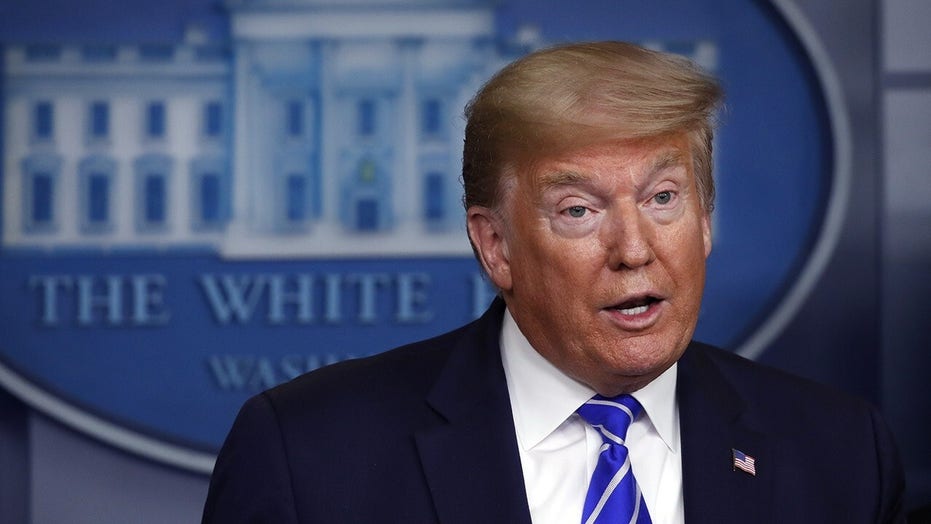 Long-time radio personality Howard Stern doubled down on his comments on Tuesday that suggested President Trump's followers should take a form of disinfectant and "see if his theory works."

Stern admitted he "cranked up a whole s--t storm yesterday," and said he stands by his previous statement.

“I said, 'Wouldn’t that be great if the president would get up and do that then all of his legions, all of his followers, who treat him like he’s the messiah, they should all do it, too,'” Stern recalled, according to the New York Daily News. "That way they can see if it works.”

Long-time internet personality Howard Stern doubled down on his comments on Tuesday suggesting President Trump's followers should take a form of disinfectant and "see if it works."<br data-cke-eol="1"> (AP)

“They can save the country by proving it works,” his longtime co-host, Robin Quivers, added.

Stern argued that comments or sarcasm on his controversial radio show isn't the same as what Trump riffed during a briefing last week amid the coronavirus pandemic.

“By the way, at a press conference in front of the country, is not the time to spitball ideas -- medical ideas -- when you’re a not doctor,” Stern said, according to the paper.

At a news briefing Thursday, Trump speculated on the effectiveness of several possible treatments for the virus.

“Is there a way we can do something like that, by injection inside or almost a cleaning?” Trump suggested. “Because you see it gets in the lungs and it does a tremendous number on the lungs. So it would be interesting to check that.”

The president later clarified he was being sarcastic.

Some poison control centers saw a spike in calls after Trump's comments, while state agencies, including Lysol parent company Reckitt Benckiser, issued statements reminding citizens to avoid consuming those products or injecting them into the body.