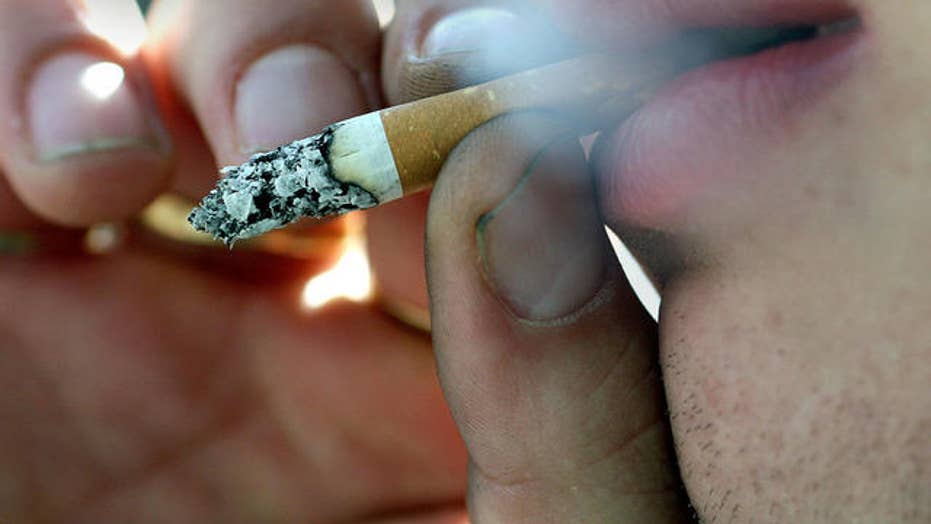 You don’t have to smoke to get lung cancer.

In fact, as many as 20 percent of people with lung cancer have never smoked.

And many of those people are diagnosed with the disease when it’s at a stage where it’s incurable.

Cancer experts have set off some alarm bells after publishing a report in the Journal of the Royal Society of Medicine that states an increasing number of non-smokers are being diagnosed with lung cancer.

The researchers reviewed a 30-year follow-up study of 1.2 million participants in the American Cancer Society’s Cancer Prevention Study II. In it they found cases of lung cancer in nonsmokers were on the rise.

Although smoking is the biggest risk factor for developing lung cancer, the American Cancer Society estimates up to 1 in 5 people with lung cancer in the United States have never smoked.

“There’s no definitive answer as to why nonsmokers develop lung cancer,” Dr. Giorgio Scagliotti, president of the International Association for the Study of Lung Cancer and a professor of medical oncology at the University of Turin and San Luigi Hospital in Italy, told Healthline. “However, there are several major risk factors outside of cigarette smoking associated with lung cancer.”

According to Maurice, lung cancer can be the result of being exposed to other smokers.

MODEL SHARES VIDEO OF HERSELF HAVING PANIC ATTACK TO RAISE AWARENESS

Indoors or out, there’s no safe level of exposure to secondhand smoke.

The Centers for Disease Control and Prevention defines secondhand smoke as “the combination of smoke from the burning end of a cigarette and the smoke breathed out by smokers.”

Secondhand smoke contains hundreds of toxic chemicals, 70 of which are known to cause cancer.

It could be the single most important factor to prevent lung cancer in non-smokers.

Experts say smoking cessation programs don’t just save smokers’ lives, but also the lives of those exposed to their cigarette smoke.

Radon is a silent killer

Smoking is the number one preventable factor in developing lung cancer. But it’s not the only one.

Radon exposure is the second leading cause of lung cancer.

“Radon exposure is ubiquitous in soil, so there’s a greater incidence of exposure to radon by those who work underground and people whose homes have basements,” Scagliotti said.

Radon naturally occurs in soil with traces of uranium and can’t be detected by sight or smell.

When radon becomes trapped in the basements or lower levels of buildings, the elements created when radon decays expose lung cells to radioactive particles that can cause DNA damage that can develop into lung cancer.

“It’s important to also consider radiation to the chest to treat another cancer,” Maurice said. “And having a family history of lung cancer is another significant risk factor.”

Air pollution a cause of cancer

In 2013, the World Health Organization’s International Agency for Research on Cancer (IARC) announced that air pollution was the leading environmental cause of cancer deaths.

The IARC Monographs is a source of scientific evidence on cancer-causing substances and exposures.

“Our task was to evaluate the air everyone breathes rather than focus on specific air pollutants,” Dr. Dana Loomis, deputy head of the Section of IARC Monographs, said in a statement. “The results from the reviewed studies point in the same direction: The risk of developing lung cancer is significantly increased in people exposed to air pollution.”

And air pollution can be difficult to avoid.

“Air pollution could only be avoided if you took another job outside an urban area, and this may be a difficult risk factor to alter,” Maurice said.

Maurice says early diagnosis can improve the odds of surviving any type of lung cancer, especially since there have been breakthroughs in lung cancer treatment in the past five years.

“In smokers, a low-radiation CT scan of the chest has shown significant benefit in reducing the chance of dying of lung cancer,” he said. “Specifically, the NLST trial in the U.S. showed a 20 percent reduction in cancer over a three-year period.”

He notes that the NELSON trial in Europe showed an even larger benefit of low-radiation CT scans.

Smoking is a leading cause of lung cancer, but not the only one.

The rates of lung cancer among nonsmokers have been increasing. The American Cancer Society states that as many as 1 in 5 people in the United States with lung cancer have never smoked.

Researchers report that environmental factors such as air pollution, radon, and secondhand smoke may be to blame.