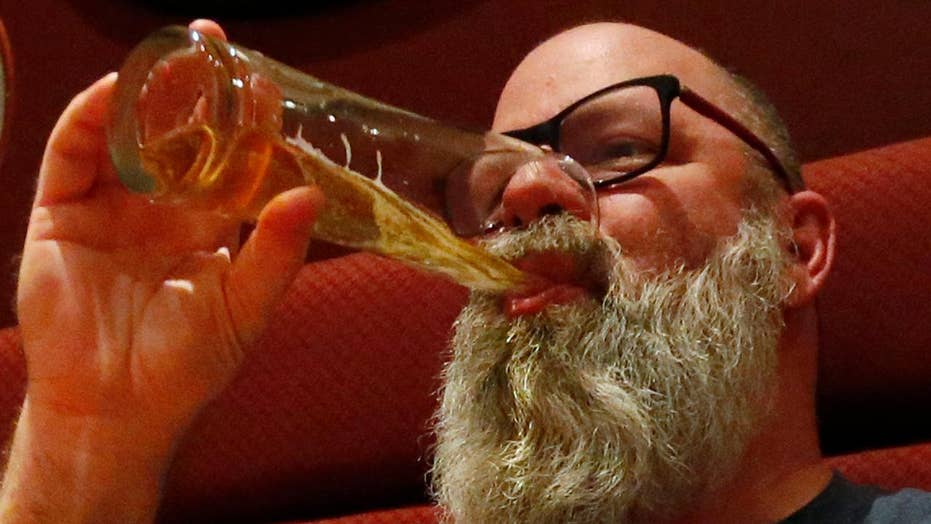 It’s the booziest time of the year.

The average American drinks twice as much as usual during the holiday season, according to a 2018 poll of 2,000 Americans by hangover helper Morning Recovery. And Alcohol.org, a resource for people who struggle with addiction, says that the period between Thanksgiving and New Year’s Day sees some of “the most extreme cases of alcohol consumption” for Americans.

With all the gatherings and various stresses that spring up, it’s no wonder. But it can make the season more stressful than merry for nondrinkers.

“Especially around the holidays, it’s tempting to want to retreat into isolation or escapism through alcohol,” Lane Moore, author of “How To Be Alone: If You Want To And Even If You Don’t,” tells The Post.

The sober comedian, who runs the popular Brooklyn comedy show Tinder Live, says that “this time of year” can be triggering for problem drinkers, who turn to alcohol to mask “what’s really bothering” them.

That doesn’t mean that you have to miss out on the festivities, though. Psychologist Amy Kaplan, of telemedicine service PlusCare, says that there are a number of strategies sober folks can use to power through holiday parties.

First, be choosy about where you’ll make an appearance. “Write down the events, dinners and get-togethers on your calendar and prioritize,” says Kaplan. “It’s OK to edit out some of the things you may have done in the past.”

At an actual party, “hold a non-alcoholic drink, like a soda or coffee,” she says. “It helps you feel like you fit in . . . and also reduces the likelihood of someone offering you another drink.”

She also recommends finding a hang-out area “away from the bar or kitchen,” so you don’t get triggered watching people pour drinks.

For Becker, the thing that’s worked the best is bringing a plus-one who is clued-in to her sobriety. She has “a lot of sober friends,” but also likes going to parties with her boyfriend of four years, who drinks without getting too drunk.

“He still has the ability to take care of me if I feel anxious [because] there’s alcohol around,” says Becker.

Either way, she says it helps to have a companion who understands why she’s not imbibing, so “they don’t put pressure” on her. With the right company, she’s “totally happy” to just hang out “and have a soda or whatever.”

Finally — although it sounds cheesy — it helps to remember what the holidays are really about, says Ghan Patel.

At first, “it sucks,” says the Portland, Ore., musician, who took an eight-month break from drinking in 2015 and 2016 when he was training for the NYC Marathon. “You’re going to get bored, and you’re going to feel tired.”

So he tried to channel his inner child on Christmas morning — and surprisingly, everything started looking a little more merry and bright.

“It helps to remember what it was like to be a kid,” he says.

“Host a hot cocoa night, a friendly game of football or a movie night,” she says. “Create an event that fits around your needs, because remember, your needs are just as important as others’.”