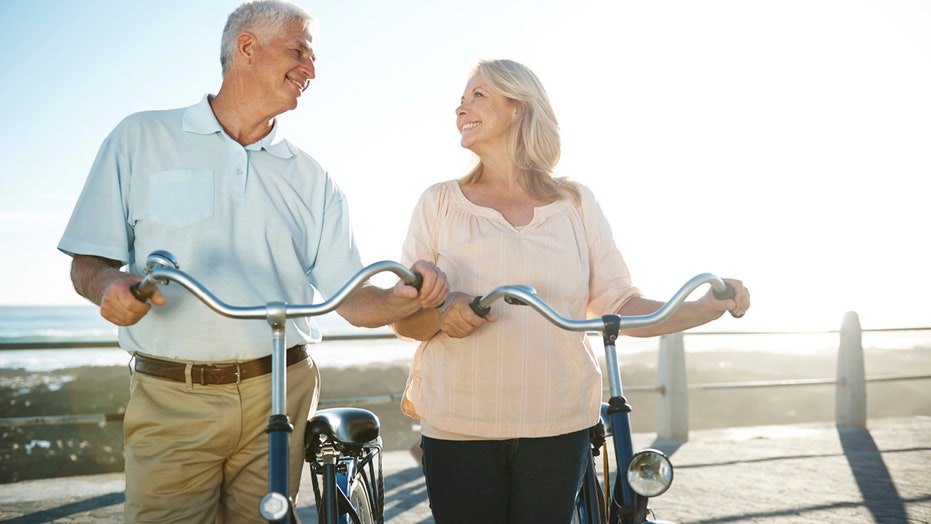 The scientific secret to longer life

Researchers are now discovering ways to slow down disease and extend the human health span. Dr. Manny sits down with renowned scientist Dr. Nir Barzilai to talk about the promising anti-aging research

The majority of older Americans will encounter some kind of chronic ailment as they age. Whether it’s arthritis, diabetes or heart disease— the longer we live, the more conditions we face. According to the National Council on Aging, about 92 percent of older adults have at least one chronic disease, and 77 percent have at least two.

The National Geographic Channel special "Breakthrough, The Age of Aging" takes a look at an emerging group of scientists who believe science can slow the progression of disease and extend what they call humans’ “health span,” or years of good health and function.

“There’s a common underlying mechanism for all those diseases, and it’s aging,” Dr. Nir Barzilai, director of the Institute for Aging Research at the Albert Einstein College of Medicine, told FoxNews.com.

“If we achieve [a] long life, and the price is we’re sick for more of it, we’re not doing really well. So how can we achieve longer but healthier life?”

“If we achieve [a] long life, and the price is we’re sick for more of it, we’re not doing really well. So how can we achieve longer but healthier life?” Barzilai said in the TV special.

Barzilai has researched the biology of aging for more than a decade and led the Longevity Genes Project, a large study on healthy centenarians. The study followed more than 500 seniors between the ages of 95 to 112, as well as those individuals’ children. After collecting and assessing the genetics and lifestyles of 243 centenarians, Barzilai found they didn’t live exceptionally healthy lifestyles— rather, they ate typical diets, exercised minimally, and smoked and drank liquor when they wanted. Because lifestyle factors did not prove to play a role in their longevity, Barzilai credited their long health spans to their genetic makeup.

“What we do find that they have is genes that are protecting them against anything that’s thrown their way— those are individual cells that have mutations that we think are associated with longevity,” Barzilai said.

The centenarian research allowed Barzilai to investigate if changing a single gene could improve longevity, and avoid or delay age-related diseases. Previous studies have suggested that manipulating certain genes can extend the healthy lifespans of animals.

The next step for Barzilai and his team is to prove to the Food and Drug Administration (FDA) that certain drugs can help humans age slower and live with less disease.

“We cannot change your genes so that you become 100 years old, but we can design medications based on our knowledge that will interfere with this pathway and interact, intervene and delay the effects of aging,” Barzilai explained in the TV special.

To prove that medications can target aging, Barzilai is testing metformin, a drug used to treat Type 2 diabetes, in a clinical trial called Targeting Aging with Metformin— or the TAME study.

“We kind of know what are the main nodes that have to happen for the body to be resilient to stresses and be able to live longer. They include pathways like the insulin signaling pathway or the growth pathway and some other mechanisms,” Barzilai said. “It happens that this drug, metformin, works on several of those mechanisms that are so crucial to stop the aging process— glucose being one of them but not a central one.”

The TAME study is in a planning stage and could take about six years to complete, depending on funding. It will recruit elderly subjects for a double-blind, placebo-controlled study and test if metformin can delay cognitive decline, mortality and some age-related diseases like cancer.

In 2005, an observational study identified a link between the use of metformin and a 23 percent decreased risk of any cancer in diabetic patients.

“We have a lot of data that shows it can work, but we have to do the study the way the FDA wants us to do the study,” Barzilai said. “So we are working on the protocol and continue to talk to the FDA to get them to approve the specifics of what we want to do.”

Proving that metformin can extend healthy lifespans is only half of the battle, Barzilai said. The other half is getting the FDA to recognize aging as a disease.

“If aging does not become a FDA target, the pharmaceuticals are not going to jump in to develop even better drugs because the insurance [companies] are not going to pay the subjects,” he said.

Barzilai’s promising research could not only help millions of older Americans age more gracefully, but it also may offer huge economic benefits to the U.S. health care system, he said. By 2030, Americans ages 65 and older will account for 20 percent of the American population.

"Breakthrough, The Age of Aging" airs Sunday nights at 9 p.m. EST and 8 p.m. CST on the National Geographic Channel.