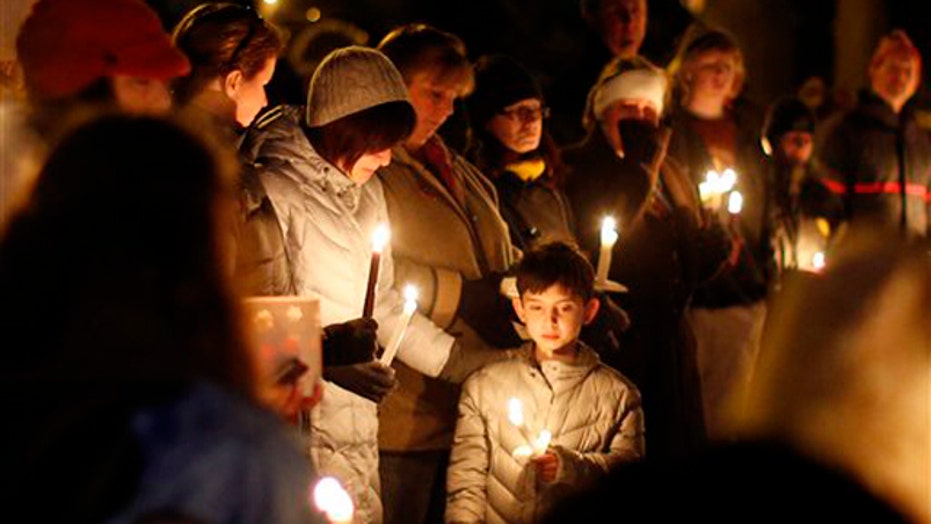 While many are still in shock about the tragic shooting that occurred at Sandy Hook Elementary School in Newtown, Conn., Friday, the news can be even more devastating for America’s children.  Having such a terrible event occur in a school – a place they attend every day and consider safe – can make children confused and anxious, and ultimately scared for their safety.

Dr. Harold Koplewicz, the president of the Child Mind Institute in New York City, spoke with Fox News about ways parents can talk about this devastating tragedy with their children, and how families in Connecticut and across the country can move forward during such a heartbreaking time.

Q: What are the conventional ways in which people and children react to devastating tragedies like this shooting in Newtown, CT?

Koplewicz: “I think that we’re all going to process this very differently, and I think we should focus first on the most vulnerable – and that’s going to be children who are somewhere between 5 and 10. Those are kids who are getting used to separating from their parents for many hours of the day while they’re at school or doing after school activities. Those are kids who are starting to get used to sleeping over at other people’s homes.  Those kids are most likely going to be the most shook by this.

This makes kids anxious; they get worried, and they’re very, very sad about it… So the rule for parents is to reassure them, and explain to them that they’re in charge, that the police are in charge, that the school is going to be safer than it was before, and that this is a very, very rare event. Then they should listen to their kids. They should listen and hear what their kids are concerned about. Some kids are not going to be worried about this at all, and others are going to have a whole bunch of misconceptions and myths that parents are just going to have to explain to them very slowly.

The important [part] is to recognize that not every child can do this in one conversation. It could be a minute or two and then just leave the door open and say we can talk about it tomorrow or later, whenever you have more questions.”

Q: How should parents handle the news of this tragedy in regards to their children?

Koplewicz: “Well for children who are watching this on TV, the number one thought is, ‘Is this going to happen to me?’ So we have to understand that young children – children under the age of 6 – are very egocentric. In other words, when something bad happens, their concern is, ‘Am I safe? Am I okay?’

So the most important thing that we can do is limit their contact with this information. Keep them from watching television and making sure that they’re not going to get more worried about what’s happening. What typically happens is that kids think that there [are] certain places that they’re safe in their life – their home, with their parents, at school with their teachers. . . So when something terrible happens in a safe place, this really shakes their very core. And it actually shakes us too, because we can’t imagine that young, innocent children could be hurt in a place that is at peace and not a war zone. And that’s what’s so frightening.”

Koplewicz: “I think the most important thing that we have to remember is to not hide this from our children and that it would be much better for parents to bring this subject up to their kids, than to have them watch it on TV or hear it from somebody else.

We also know that the children who were at that school and in that town – the children who are closest to the event – are more at risk for having an anxiety reaction, for being stressed by this, more so than children who live further away or children who are just watching this on television thousands of miles away. But the important thing is that there’s always a group of children by nature, by temperament who are more uptight – who are more sensitive, and quite clearly those are the kids that we want to protect -- even if there are a thousand or three thousand miles away.  That’s why this is material shouldn’t be watched by children, because every time they see it, it just re-effects them.  These are the times where parents need to say, ‘No TV right now. We can talk about it, we can discuss it, but not obsessively.’

[Parents should also be] positive that this won’t happen again, [and tell their kids], ‘We are safe.’”

Q: What are some things families should do to better overcome the stress of this tragedy?

Koplewicz: “Getting back to routine is very important.  This would be a very important Sunday or Saturday to go to your house of worship, if that’s what you usually do. It would be a very good time for you to exercise or to go and do your regular activities that you usually do on the weekend with your children.  Even though this was an awful event, you don’t want this to destabilize your children – and the way to prevent that is to be a model of resilience. What we want for our children is that they can [understand this terrible event] but know that their parents are there and can help them get through it.”

Q: What about when children go to school and talk about this event? How should parents deal with stories their children hear?

Koplewicz: “Well I think that the fact that children are going to talk about this means that not every family is going to deal with this the same way. The important part for parents is to make sure that their kids know that they can come back and talk to them. So if your child talks to some other children that are very frightened or who have a different story that’s even scarier than this terrible event, the important part is that [parents] are there to talk to them, to give them the truth, to help reassure them, or to calm them down.

I think parents should also be on the lookout for signs and symptoms of anxiety. Not only today or tomorrow, but for certain kids a week from now. If your child wants to avoid school . . . or is starting to complain of physical complaints, such as stomach and headaches, right before school, that’s a red flag for you.

Make sure that you can reassure your child. If that means going to school with your child and hanging out there for a bit, or telling the school that you need more attention for your child, that’s very important. As I said, the important thing is we want these kids to get back and stay on routine. We don’t want this to destabilize them.”

Q: As for the children who attended Sandy Hook or live in the school’s community – what’s important for them to move forward right now?

Koplewicz: “I think in general, we need to assure that the school itself where this terrible event has occurred, and maybe schools in the school district or in the community, will have grief counselors or guidance counselors who have been trained to help these children deal with the fact that they may have known someone who was shot or hurt or killed. In general, most kids across the United States are wonderfully resilient, and with the right type of support from their parents and with the right kind of message from their schools and teachers, they’re going to do remarkably well – even though this truly scares us.”