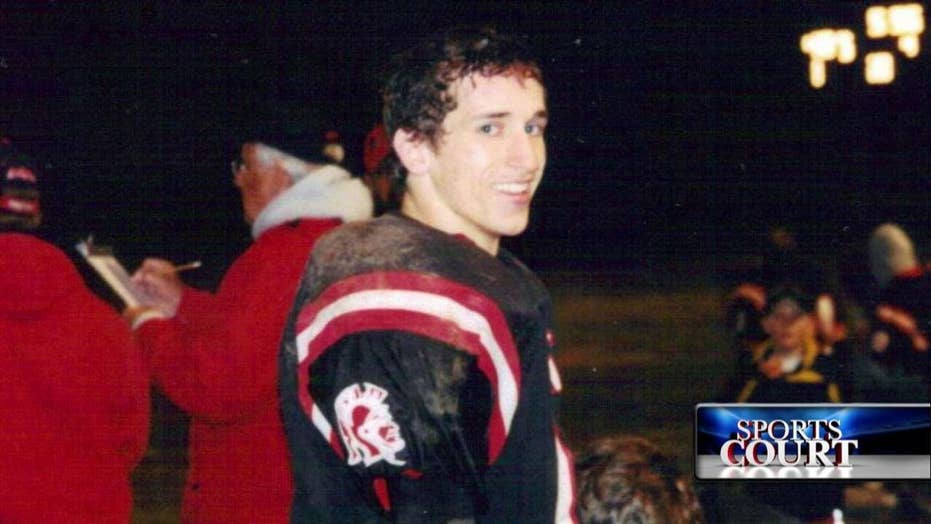 A standout high school football player in Pennsylvania elected to forgo the excitement surrounding national signing day and pass on more than a dozen scholarship offers to play in college. John Castello, a tight end/defensive end from Mars High School, said concussions and the fear of head injuries were the reason behind his decision, The Pittsburg Post-Gazette reported.

“The head injuries were a huge reason for my decision,” Costello told the Post-Gazette. “I’ve liked both football and basketball for some time. I wasn’t totally sure what I wanted to do. Then, that movie ‘Concussion’ came out and some interviews came out. I watched one interview with Dr. Omalu where he was talking about Mike Webster. After watching that, I said it’s not worth it.”

In December, the 6-foot-5 225-pound senior informed Delaware, James Madison, Holy Cross, New Hampshire, Lafayette, Bucknell and others that he would be pursuing basketball over football, despite not being recruited for it, the Post-Gazette reported.

“Yeah it would be free college. But your whole life is in jeopardy,” Costello told the newspaper. “You’re putting your body in harm’s way every single week. It was definitely a tough choice, but I think I made the right choice.

Costello told the Post-Gazette that his parents and many teammates support his decision, but others question it.

“It’s kind of tough for them to be in your shoes,” he said. “Unless you’re playing football, you don’t know how often you get hit. I know some people don’t understand completely, but that doesn’t bother me too much.”

According to the report, Costello received his first basketball scholarship offer from Shippensburg University a few weeks ago. His coach, Rob Carmody, predicts more will come as word spreads that he will not pursue football.

“John’s a very unique kid who comes from a very tight-knit family that is very humble, very quiet and very faith-based,” Carmody told the Post-Gazette. “He makes his decisions based off that. When he made his decision it was tough on him. I talked to his parents and John. I said with basketball, I thought there was a chance a Division II school would take a chance on him, but I wasn’t sure.”

Costello said he was nervous to tell his football coaches who had helped him get recruited, but they supported him once he did.

“I have two sisters and a brother, one of my sisters is in college now, so it’s not like my parents have all this money just to pay anything for college,” Costello told the Post-Gazette. “I know it’s unusual and strange, and some people might look at me and say some things. But maybe I can influence some other kids to pick basketball over football, just because of the injuries.”