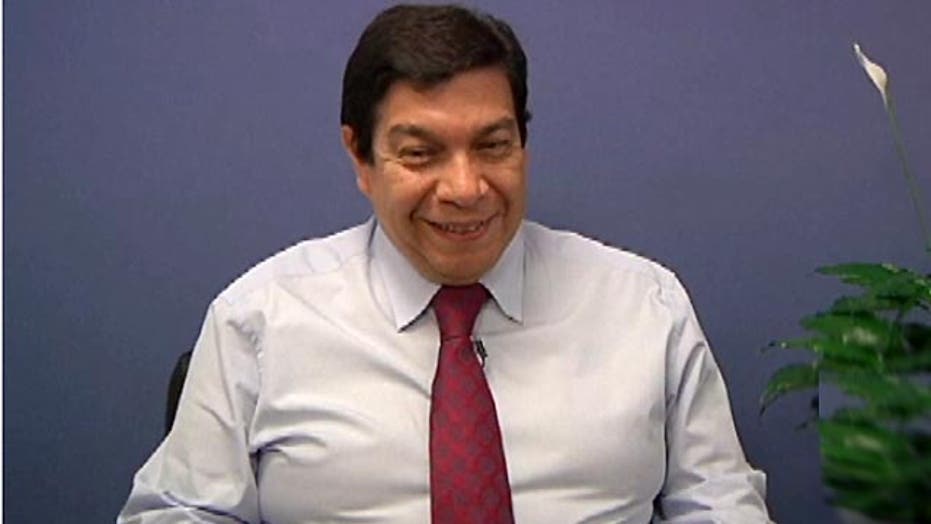 A Boston doctor saves children one heart at a time

Dr. Pedro del Nido is a pediatric heart surgeon who has changed the heart of surgery, giving thousands of children a chance of a normal childhood, or close, and a shot at a future.

As Chief of Cardiac Surgery at Boston Children’s Hospital, one of the procedures Dr. del Nido is particularly renowned for is one he performs on infants while they are still in the womb – a surgery with as much risk as rewards.

“There’s a sub-group of children [who] are born with really only one side of the heart,” he explains. “We have a number of them, close to probably 80 or 100, that we have converted over to two ventricles … which I think gives them a much better long-term outlook.”

Dr. del Nido, who entered medical school as a teenager, says that of all his accomplishments, performing prenatal surgery is the one he is the proudest.

“It changed the paradigm,” he told Fox News Latino.

Dr. del Nido was born in Santiago, Chile and moved to Wisconsin with his family when he was 10 years old. He laughs when he remembers his first academic experience in the United States.

“I was monolingual. I remember when I first arrived in the summer, my mother immediately put me in summer school and I had no idea what was going on. I understood a few words but people spoke so fast I didn’t understand. They flunked me … they gave me Fs for everything because I didn’t know anything.”

He says it was his parents who pushed him to not see language as a barrier to his success. “My mother was someone who also kind of threw you in and you sort of had to, you know, float to the top … My father was a physician, he was a surgeon. So from the time I can remember there was no question [as to] what I was going to do. I was going to be a doctor.”

And that happened sooner rather than later. After only five years, del Nido enrolled in college at age fifteen. He says his biggest challenge was not being an underdog among his peers, but finding girls his age. “I was always younger than everybody else so even dating was a problem, but I figured it out,” he jokes.

So Dr. del Nido went from flunking summer school to flying through college. He finished up in three years and entered University of Wisconsin Medical School.

It was here, he says, where he found his calling.

“I decided surgery was really what I wanted to do. It sort of fit my character, I like working with my hands and I like seeing the results of what you do immediately so that fit my personality,” he says.

Del Nido says what really caught his eye about pediatric heart surgery was the challenge. “Birth defects of the heart vary enormously,” he explains. “They can be from very simple to very complicated things, and no two are exactly alike.”

But it’s not just the challenge what keeps the doctor engaged, it’s the pint-size patients he helps. “To watch them not only survive but do well and then thrive. And then do other things, real accomplishments. That’s a life that could have gone very differently,” he notes.

At the heart of his accomplishments, del Nido says, lies his Hispanic heritage. “You cannot ever forget your heritage,” he told FNL. When he was in medical school, del Nido volunteered as a lobbyist in the Wisconsin state legislature, fighting for migrant farm worker’s rights.

“Our proudest moment was when we got a bilingual education bill passed through … Some things look impossible, but I think if you just keep working at it, you’ll accomplish many things you never thought you could,” he says.