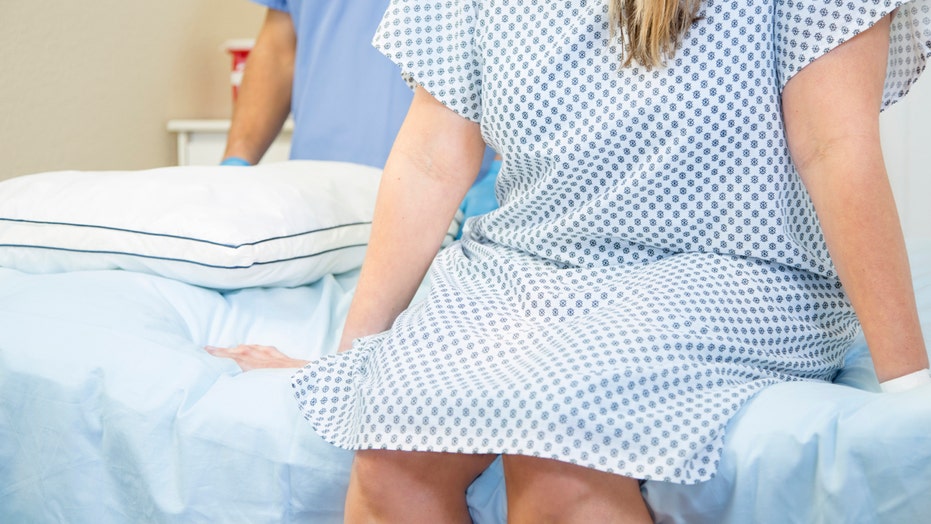 Why your annual OB-GYN visit could save your life

This year more than 98,000 women in the U.S. will be diagnosed with a gynecologic cancer--- and about 30,000 will die from the disease. Dr. Manny talks with gynecologic oncologist, Dr. Sharyn Lewin about the signs and symptoms and what preventive measures to take

This year more than 98,000 women in the U.S. will be diagnosed with a gynecological cancer-- and about 30,000 will die from the disease. Despite this threat, few Americans know the signs and symptoms to look out for and what preventive measures to take. The most common forms are cervical, uterine, vaginal, vulvar and ovarian cancer.

Dr. Manny Alvarez, senior managing health editor of FoxNews.com, recently sat down with gynecologic oncologist, Dr. Sharyn Lewin from the Holy Name Medical Center to raise awareness on the causes and symptoms of these diseases.

Lewin has dedicated her entire career to help improve screenings, treatments, prevention and overall quality of care for women across the nation. All women are at some risk for gynecological cancers, regardless of age or ethnicity. While there is no cure for these types of cancers, prevention and early detection can lead to more effective treatment.

“The bottom line is, that yearly visit to the OB-GYN [obstetrician-gynecologist] is so important, Lewin told FoxNews.com. “One thing we found in a national survey that was sponsored by Genentech and the Foundation for Women’s Cancer, is that less than half of women actually see the importance of an annual visit to the OB-GYN and this is such an important preventative appointment.”

Most adolescents start to see an OB-GYN around thirteen years old. An annual exam with your OB-GYN should include screening tests, exams, and discussions on health topics and immunizations relevant to your age and risk factors.

Each gynecologic cancer is different and has its own set of risk factors.  For cervical cancer, almost all cases are caused by the human papillomavirus (HPV), so having the sexually transmitted infection can increase your risk.

“If women had their regular Pap smears and were even vaccinated against the HPV vaccine, the human papillomavirus vaccine, cervical cancer could really be eradicated in the United States, because we do see there are early changes in the cervix that can definitely be caught and detected and treated way before they become a cancer,” Lewin said.

The Pap smear, or test, looks for abnormal cell changes in the cervix. According to the Centers for Disease Control and Prevention (CDC), the Pap test is recommended for women between the ages of 21 and 65. For women over age 30, an HPV test can also be used to check for specific HPV types that are linked to cervical cancer.

Another important area in prevention is maintaining a healthy weight and staying physically active.

“Obesity is a big risk factor when it comes to ovarian cancer and uterine cancer, so staying within an ideal body weight is very important,” Lewin said, adding that genetics, like having the BRCA mutation or the BRCA gene is another crucial risk factor for ovarian cancer.  Studies estimate that 39 percent of women who inherit a BRCA1 mutation will develop ovarian cancer by age 70.

Some early gynecologic cancers may not cause symptoms until the cancer is in advanced stages, which is why knowing the signs and symptoms can play one of the biggest roles in prevention, Lewin said.

“It’s called the silent killer because we don’t have a good screening test yet and symptoms are often detected pretty late,” she added.


Symptoms of vaginal and vulvar cancer:
-Persistent itching, burning or bleeding on the vulva
- Abnormal vaginal discharge or bleeding
-Discoloration of the skin on the vulva; redder or whiter, rash or warts

“Vaginal and vulvar cancers are not very common and most of them are related to HPV, which is why the vaccine is so important,” Lewin said.


Rates of some gynecologic cancers have decreased over the years. Particularly, a lot of progress has been made in cervical cancer, Lewin said.

The American Cancer Society reported that over the last 30 years, the death rate for cervical cancer patients has gone down by more than 50 percent--- an achievement many experts say is a testament to the increased use of the Pap test and the HPV vaccine.

For more information visit the FoundationforWomensCancer.org.