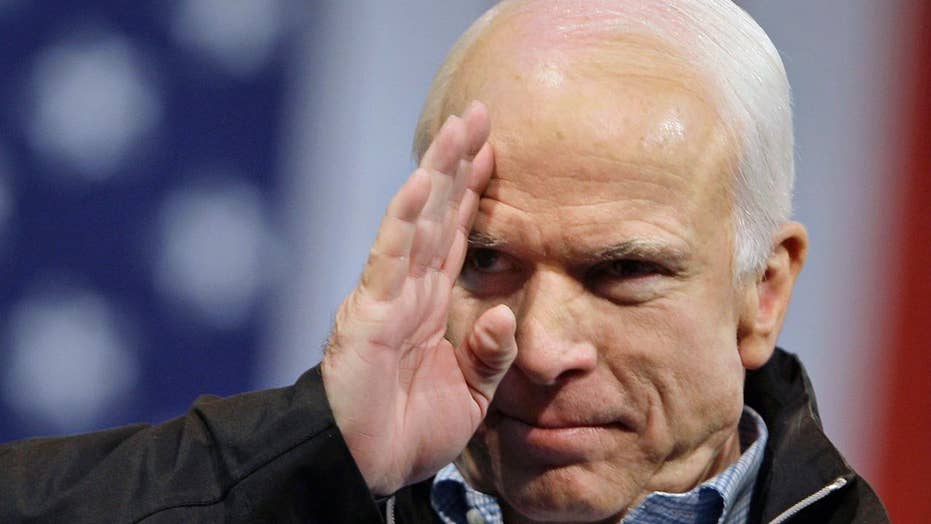 Ed Henry opens up his memories of Senator John McCain.

Officials at the National Brain Tumor Society, based in Newton, Mass., said in a written statement that they were "profoundly saddened" by McCain's death, and called for a nationwide effort to combat the disease.

Glioblastoma has been described as an “aggressive” form of brain cancer that usually occurs in adults.

McCain, an Arizona Republican who served in the Senate for more than 30 years, was diagnosed with the disease in July 2017 and succumbed to it 13 months later.

The same type of cancer had previously taken the lives of Beau Biden, son of former Vice President Joe Biden, in 2015, and U.S. Sen. Edward Kennedy, D-Mass., in 2009.

More than 12,000 new cases of the disease are diagnosed each year in the U.S., according to the American Brain Tumor Association.

“Glioblastoma is one of the most complex, drug-resistant, and adaptive cancers there is,” said David Arons, CEO of the National Brain Tumor Society.

According to the group, glioblastoma can afflict men, women and children "of any race, socioeconomic background or party affiliation."

The statement concludes with a call to action to find “more effective treatments and ultimately a cure.”

“As Senator McCain often implored during his campaign for president, we as a country are stronger when we dedicate ourselves to causes greater than [our] own self-interest.

“Let this be the moment in our history that we decide to collectively take on glioblastoma and brain tumors with the same earnest [resolve] with which we dedicate to our other national ills.”