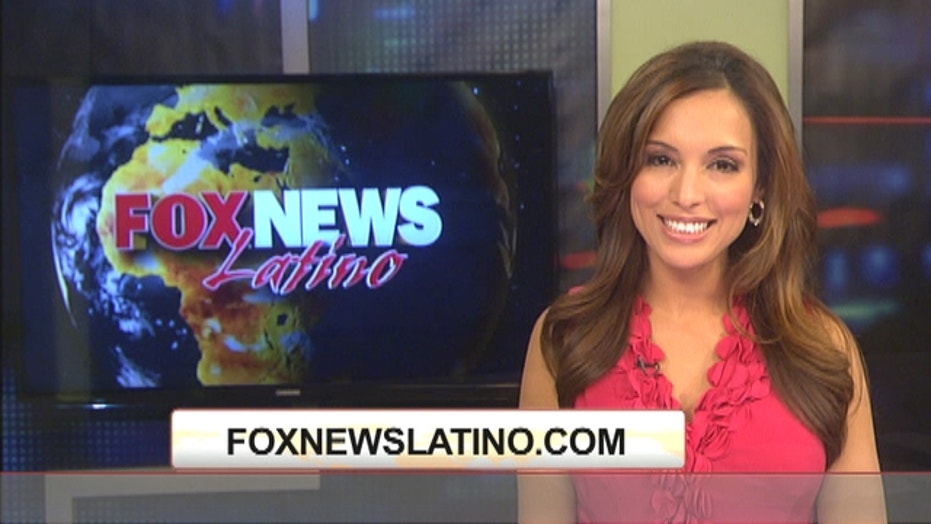 A vigorous flu season has drawn attention to a cause that deeply affects Latinos: Mandatory paid sick leave for a third of civilian workers.

The on-sight of the continuation of a vigorous flu season has drawn attention to a cause that deeply affects Latinos: Mandatory paid sick leave for a third of civilian workers — including over half of Latino workers — who don't have it.

"There's people who say, 'OK, I get it — you don't want your server coughing on your food,'" she said.

Supporters and opponents are particularly watching New York City, where lawmakers are weighing a sick leave proposal amid a competitive mayoral race.

Pointing to a flu outbreak that the governor has called a public health emergency, dozens of doctors, nurses, lawmakers and activists rallied Friday on the City Hall steps to call for passage of the measure, which has awaited a City Council vote for nearly three years. Two likely mayoral contenders have also pressed the point.

Advocates have cast paid sick time as both a workforce issue akin to parental leave and "living wage" laws, and a public health priority.

But to some business owners, paid sick leave is an impractical and unfair burden for small operations. Critics also say the timing is bad, given the choppy economy and the hardships inflicted by Superstorm Sandy.

Michael Sinensky, an owner of seven bars and restaurants around the city, was against the sick time proposal before Sandy. And after the storm shut down four of his restaurants for days or weeks, costing hundreds of thousands of dollars that his insurers have yet to pay, "we're in survival mode."

"We're at the point, right now, where we cannot afford additional social initiatives," said Sinensky, whose roughly 500 employees switch shifts if they can't work, an arrangement that some restaurateurs say benefits workers because paid sick time wouldn't include tips.

Employees without sick days are more likely to go to work with a contagious illness, send an ill child to school or day care and use hospital emergency rooms for care, according to a 2010 survey by the University of Chicago's National Opinion Research Center. A 2011 study in the American Journal of Public Health estimated that a lack of sick time helped spread 5 million cases of flu-like illness during the 2009 swine flu outbreak.

To be sure, many employees entitled to sick time go to work ill anyway, out of dedication or at least a desire to project it. But the work-through-it ethic is shifting somewhat amid growing awareness about spreading sickness.

"Right now, where companies' incentives lie is butting right up against this concern over people coming into the workplace, infecting others and bringing productivity of a whole company down," said John A. Challenger, CEO of employer consulting firm Challenger, Gray & Christmas.

Paid sick day requirements are often popular in polls, but only four places have them: San Francisco, Seattle, Washington, D.C., and the state of Connecticut. The specific provisions vary.

In New York, City Councilwoman Gale Brewer's proposal would require up to five paid sick days a year at businesses with at least five employees. It wouldn't include independent contractors, such as Zavala, who supports the idea nonetheless.

The idea boasts such supporters as feminist Gloria Steinem and "Sex and the City" actress Cynthia Nixon, as well as a majority of City Council members and a coalition of unions, women's groups and public health advocates. But it also faces influential opponents, including business groups, Mayor Michael Bloomberg and City Council Speaker Christine Quinn, who has virtually complete control over what matters come to a vote.

Quinn, who is expected to run for mayor, said she considers paid sick leave a worthy goal but doesn't think it would be wise to implement it in a sluggish economy. Two of her likely opponents, Public Advocate Bill de Blasio and Comptroller John Liu, have reiterated calls for paid sick leave in light of the flu season.

While the debate plays out, Emilio Palaguachi is recovering from the flu and looking for a job. The father of four was abruptly fired without explanation earlier this month from his job at a deli after taking a day off to go to a doctor, he said. His former employer couldn't be reached by telephone.

"I needed work," Palaguachi said after Friday's City Hall rally, but "I needed to see the doctor because I'm sick."