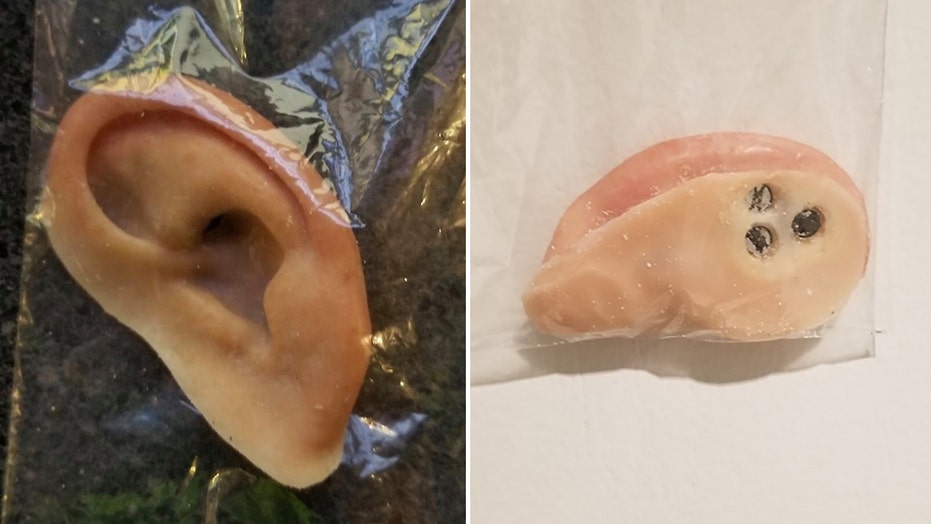 Police officers in Florida are asking the public to keep a look out for a beachgoer who lost a prosthetic ear this week.

The Holmes Beach Police Department said someone found it on the Manatee Public Beach, where the World's Strongest Man final was held over the weekend. Police shared two photos on Facebook, showing both the outside of the ear and the back which connects to a person’s head.

Commenters were quick to jump in with suggestions for authorities to help locate the owner — and at least one slammed social media users cracking jokes about the prosthetic.

Police are searching for the owner of a prosthetic ear found on a beach in Florida this week. (Holmes Beach Police Department)

“All you people making jokes clearly don’t understand how important this is to someone who lost it,” one user wrote. “Being born without an ear and losing a prosthetic you paid a ton of money for is nothing to joke about.”

Another user suggested looking for the ID number to find the manufacturer, which may lead to the owner.

A prosthetic ear can be custom-made with silicone to look like a normal ear, according to Cedars-Sinai Medical Center. One type of silicone prosthetic can be designed to “stick” on to the skin. The other type, called an osseointegrated prosthesis, requires surgery to fit several titanium implants into the bone around the ear so the prosthetic ear can be “snapped” into place, the organization said.

Depending on the materials used, the prosthetics can cost between $4,000 and $8,000, according to the Ear Community, a nonprofit organization that helps children and adults born without one or both their ears.