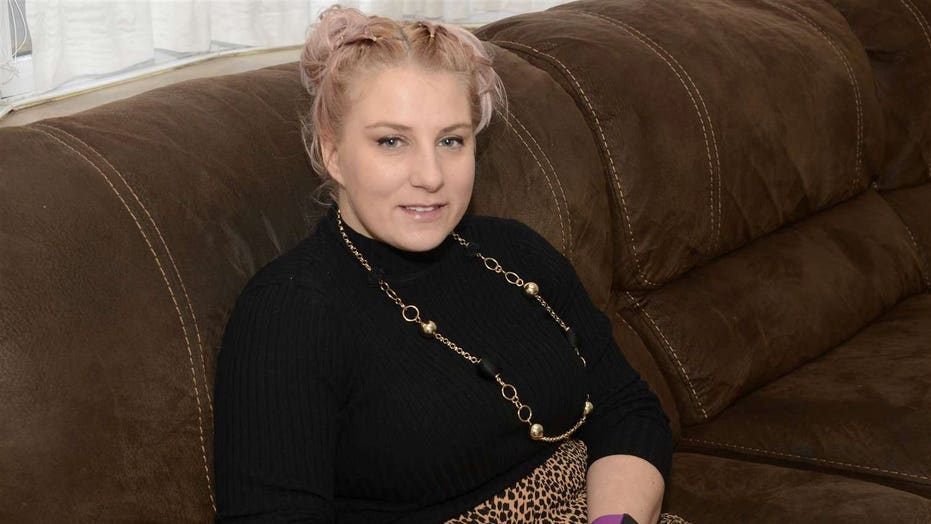 A 32-year-old mother who was given just a 10 percent chance of survival said she begged her own mother not to let her die after she suffered three heart attacks in just one week. Rose Murphy, of Kent, England, suffered spontaneous coronary artery dissection (SCAD) while she was at the gym two years ago, according to SWNS.

WISCONSIN CHILD DIES FROM FLU ON WAY TO HOSPITAL: OFFICIALS

SCAD is diagnosed when a tear occurs in one of the artery wall’s three layers, enabling blood to pass through the innermost layer and become trapped and bulge inward, according to the American Heart Association (AHA). The cause remains unclear, but SCAD often strikes in otherwise healthy women who have few or no risk factors for heart disease, as was the case with Murphy, who described herself as healthy and active.

Murphy said she was given just a 10 percent chance of survival and had said goodbye to her family members.  (SWNS)

Usually, patients are not diagnosed with SCAD until after they suffer a heart attack, which can cause chest pain or pressure, shortness of breath, profuse sweating and dizziness. For Murphy, she said her initial symptoms felt like a “big stabbing in my chest,” which she had mistaken for an asthma attack or a symptom of overdoing it at the gym.

“I am a healthy person and am into my fitness so it was a massive shock to have a heart attack at 30,” she told SWNS.

She was rushed to a hospital in London where she was diagnosed with SCAD and subsequently suffered her second heart attack just two days after she was released. She was transferred to a larger hospital where doctors had planned to insert a stent but instead discovered that her left anterior descending artery had burst, and she suffered a third heart attack before she could be transferred to a specialist hospital, SWNS reported.

“I just didn’t know what was going on,” she told the news outlet. “I’d never had pain like it – it was just mental.”

Murphy, who had given birth just months prior to her three heart attacks, said she said her goodbyes to her family in case she didn’t survive the transfer.

After coming back from the brink of death, she wants other women to be more aware of their cardiovascular health and to be vigilant about potential symptoms.

“The dangers of SCAD really need to be known,” she told SWNS. “Young, healthy women are dying from it but getting checked can save you. I hope that in five years, everyone will know about.”

Months after her ordeal, Murphy was still struggling to walk 15 minutes a day.

“Thirty percent of all SCAD patients have recently had a child,” said Dr. Kathy Magliato, a cardiothoracic surgeon and director of Women’s Cardiac Services at St. John’s Health Center, who is also president of Greater Los Angeles American Heart Association. “When we see it in men, it’s after extreme exertion, such as isometric exercises.”

She added that about “80 percent” of SCAD patients are young, healthy and active. Typically treatment for SCAD patients focuses on a conservative approach that emphasizes blood pressure control, as inserting a stent can cause a high risk of complications.

Doctors may be able to diagnose SCAD in patients who suspect they are experiencing symptoms through several different scans, according to the AHA.