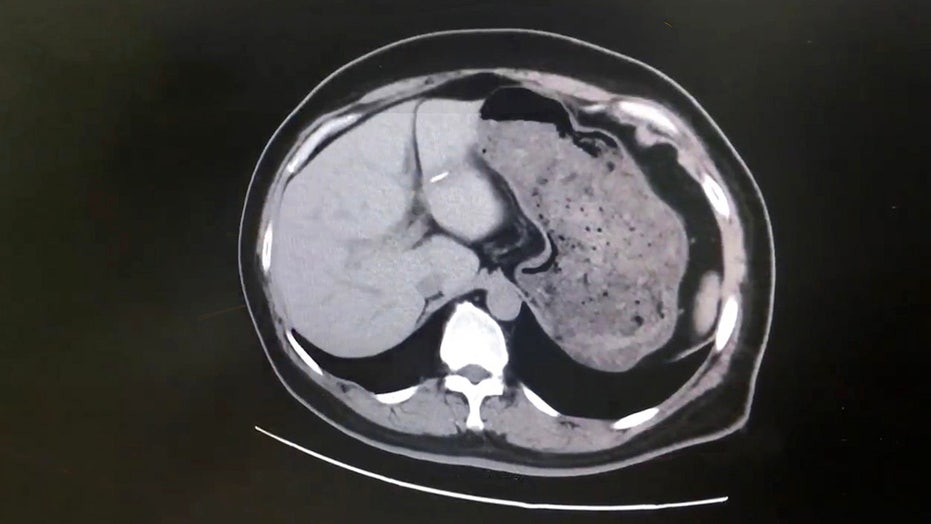 In a case of how did that get there, surgeons in China removed a fish bone from a woman’s liver that had likely been stuck there for several years. The woman, who was not identified in the AsiaWire report, had allegedly been complaining of needle-like pains in her abdomen and sought help at the First Affiliate Hospital of Nanchang University.

“All I could tell the doctors in my local county was that it felt like something was pricking me inside my abdomen,” the 51-year-old said, according to AsiaWire. “It hurt like a needle prick.”

The woman claims she had been previously sent away by local doctors and told she needed to eat more nutrients, but at the hospital, Dr. Zhu Guomin discovered the fish bone after ordering a series of scans. After looking at his patient’s history, he was able to determine that it was the same bone she had reported swallowing eight years prior but was never found.

The fish bone was detected after the woman's doctors ordered scans to figure out the root cause of her severe abdominal pains. (AsiaWire)

“While examining her scans, I discovered that the inflammation in her liver was caused by the fish bone,” he told AsiaWire. “After removing the fish bone in microsurgery, her condition has seen some obvious improvement. Because the fish bone was very sharp and could not be digested, it pierced her stomach lining after being swallowed and continued to shift due to the movements of her muscles and was carried by blood vessels into her liver nearby.”

Guomin said his patient was incredibly lucky, as the fish bone could have traveled to her heart which would have been extremely dangerous.

A similar instance was covered in a 2012 BMC case report when a 45-year-old woman showed up in the emergency room with abdominal pain, loss of appetite, low blood pressure and physical weakness that had worsened over several months. Images revealed that she had a long, thin object in her liver, which surgeons discovered upon removing was actually a toothpick.