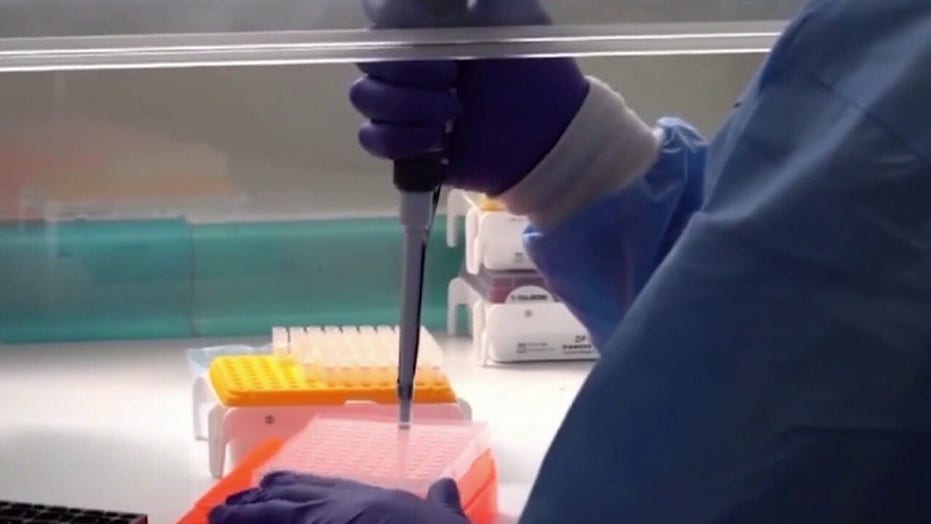 Top US cancer doctor warns delays in screenings, treatments amid COVID-19 will result in 'excess' deaths

A new drug targeting cancer’s ability to repair its DNA has shown promising results in a Phase I trial.

Cancer arises when mutations, or changes to DNA, result in uncontrollable cell growth. The new study found that the drug stopped cancer growth in half of patients who were given the drug or with chemotherapy. Two patients reportedly saw their tumors shrink or disappear completely.

A team at The Institute of Cancer Research, London, and The Royal Marsden NHS Foundation Trust led the trial, which involved 40 patients with advanced tumors. Manufacturer of the drug, Merck KGaA, funded the trial, reports say. Research was published on June 22 in the Journal of Clinical Oncology.

Researchers hope to develop the drug as a new targeted treatment for patients. (iStock)

In a surprise for a Phase I trial, the drug stopped tumor growth in more than half of patients given berzosertib alone or alongside chemotherapy, according to an article from the Insitute of Cancer Research.

Those receiving the drug with chemotherapy saw a “marked” benefit, demonstrating that chemotherapy boosts sensitivity to berzosertib, researchers wrote. In these patients, 71 percent reportedly saw their disease stabilize.

The drug is advancing into further trials and researchers hope to develop it as a new targeted treatment for patients.