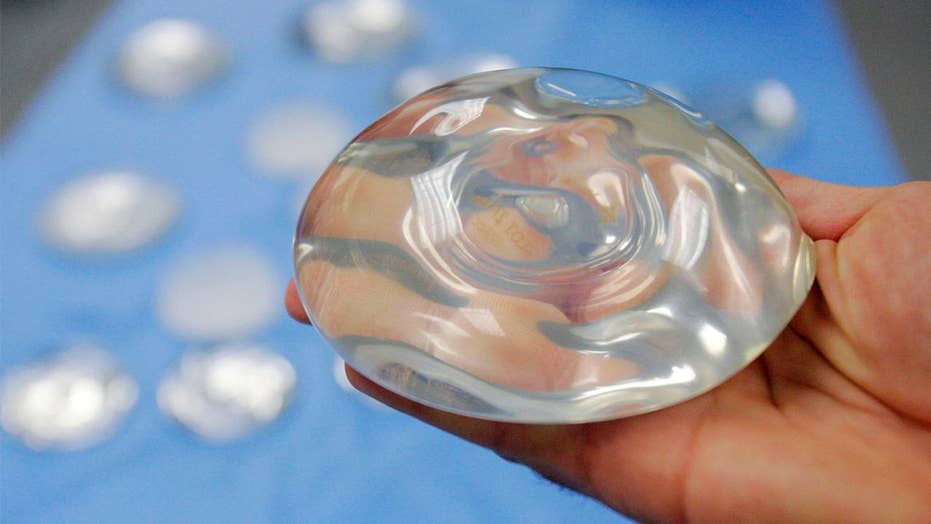 Although Canada and the Netherlands announced plans to stop the sale of certain breast implants linked to a rare form or cancer, the FDA isn't convinced there's a link between the implants and connective tissue disease.

Thousands of women across the country who believe their breast implants are making them sick are calling on the Food and Drug Administration to take action. The women blame their implants for a number of auto immune illnesses, and a variety of symptoms such as joint and muscle pain, chronic fatigue and migraines. They’re demanding new warnings and restrictions on the devices.

The FDA maintains there is not enough evidence to link breast implants and connective tissue diseases like lupus and rheumatoid arthritis. However, it has acknowledged that women with breast implants may have an increased risk of developing a rare cancer called anaplastic large cell lymphoma (ALCL). Nearly 700 cases have been reported worldwide, and most involved textured implants. Canada and the Netherlands are suspending sales of textured implants, and France has banned them.

An FDA advisory committee held hearings on breast implant safety on March 25 and 26 in Silver Spring, Maryland. After the two-day hearing, the panel didn’t recommend any immediate restrictions on the implants. The FDA says it will reveal what actions it will take in the coming weeks.

Dr. Diana Zuckerman, president of a Washington DC-based non-profit called the National Center for Health Research, testified at the March 25th FDA hearing. She tells Fox News, “We don’t know how many women get sick from breast implants but we do know that some women are getting very sick. And the evidence is when the implants are removed, they can have almost miraculous recoveries. And so it’s time for the FDA to acknowledge that breast implants can make women sick with these autoimmune types of symptoms. And to warn them about it before they get breast implants, but also to warn them about it when they start to get sick.”

At the FDA hearing, researchers said it’s possible that silicone that leaks from implants can trigger or worsen immune system disorders in some patients. "One of the things that's possible is that some women have a genetic predisposition to have a problem with breast implants,” Zuckerman says. “Maybe they have a family member with auto immune disease or maybe they themselves have had some auto immune symptoms. That's what we found in our study, so we think that probably some women are more likely to get sick than others. “

Breast implant makers and the American Society of Plastic Surgeons say the implants are safe. But dozens of women who attended the FDA hearing, including Andrea Ottaiano of Morristown, New Jersey, are calling for a “black box” warning on the devices and a ban on textured implants. They also want a better patient consent process so women can be informed of the risks before getting breast implants.

“There's not a lot of full disclosure that goes along with these devices and a lot of women that were getting them whether it was for augmentation or it's a breast cancer reconstruction aren't fully presented with the risk-benefit ratio, “ Ottaiano says. “And that… was just quite shocking to me, because in the field that I worked in for years, it was always so important to have transparency, and present if there were safety issues or risks.”

Ottaiano, a three-time cancer survivor, is getting her implants removed this spring. She says in the last several years, she has suffered from a painful complication called capsular contracture, along with joint pain, fatigue and other symptoms she believes are being caused by her breast implants. “My concern for my own health is I've had implants in for 11 years post a breast cancer bilateral mastectomy, and I've done the research and done the math that they are not lifelong devices. They do have a life expectancy and sometimes they need to come out. So I was lucky enough to find a doctor last year that actually listened and agreed to a course of action.”

In the United States, about 400,000 women get breast implants each year. Some 100,000 get them after cancer surgery. New York City plastic surgeon Dr. Constance Chen says she tries to educate her patients about the pros and cons of breast implants, and tell them about alternatives, such as breast reconstruction using natural tissue. Dr. Chen thinks more research needs to be done into breast implant related illnesses.  “It's very difficult to prove causality when it comes to auto immune illnesses and implants,” Chen says. “So the evidence is sometimes hard to get which I think is part of the problem.”

She adds, “There are a lot of people who find implants just don't agree with them, whether it's they develop these auto immune symptoms, or it's a foreign body that their body just doesn't want inside of them. I've seen too many people who have developed these non-specific symptoms -- like brain fog, fatigue, joint pains, food allergies, drug allergies, etcetera -- to write them off. “