The ongoing coronavirus epidemic in America has prompted the country's top infectious disease expert to issue a warning to all states that are steadily reopening: Stay prudent.

“When you open, not everything is OK; [you] can’t do whatever you want, still need to practice a degree of caution,” Dr. Anthony Fauci, the director of the National Institute of Allergy and Infectious Diseases, said during a Wednesday morning appearance on ABC’s “Good Morning America.”

ONE BLOOD TYPE MAY PROVIDE SOME CORONAVIRUS PROTECTION, STUDY SUGGESTS

All citizens “should still wear a mask, try to have physical distancing [from others], washing hands as often as you can, and avoid congregation in large numbers,” he continued, reiterating the best health practices that experts have been stressing for months.

“Even though everyone wants to approach normality and get things back to normal, it doesn't mean all bets are off. So that's why we say be careful and be prudent," Fauci added.

Fauci’s comments follow news that more than a dozen states and the U.S. territory of Puerto Rico have reportedly recorded their highest averages of new coronavirus cases since the pandemic first hit the U.S. Hospitalizations in at least nine states have also increased since Memorial Day, the Washington Post reported. 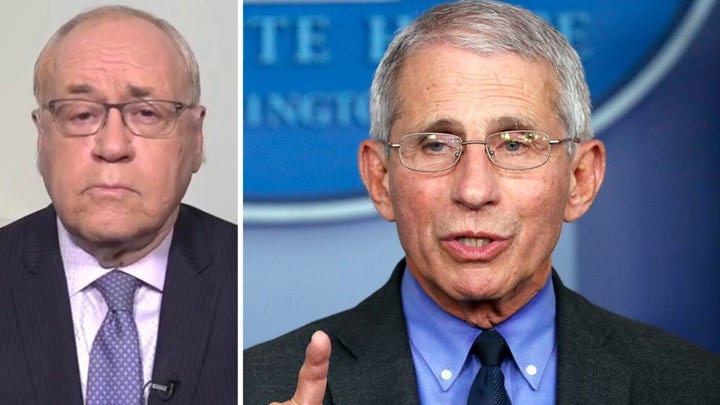 Texas, for instance, has reportedly seen a 36 percent increase in new cases since Memorial Day and reported 2,056 hospitalizations on Tuesday — a record for the Lone State state, per the Post. Just the day before, on Monday, hospitalizations were at 1,935.

The outlet noted that the increases don’t appear to be from increased testing alone, meaning reopenings could be partly to blame. It’s also not yet clear what impact the nationwide protests following the death of George Floyd will have on the number of virus cases across the country. However, experts, including Fauci, have warned that the lack of social distancing at such events could have a negative impact.

“The issue of physical separation is important. Masks can help, but it’s masks plus physical separation, and when you get congregations like we saw with the demonstrations ...  like we have said – myself and other health officials – that’s taking a risk,” Fauci said on "Good Morning America." “Unfortunately, what we’re seeing now is just an example of the kinds of things we were concerned about.”

As of Wednesday morning, the novel coronavirus has infected more than 7,256,412 people across 188 countries and territories, resulting in over 411,677 deaths. In the U.S., all 50 states plus the District of Columbia have reported confirmed cases of COVID-19, tallying over 1,979,971 illnesses and at least 112,006 deaths.