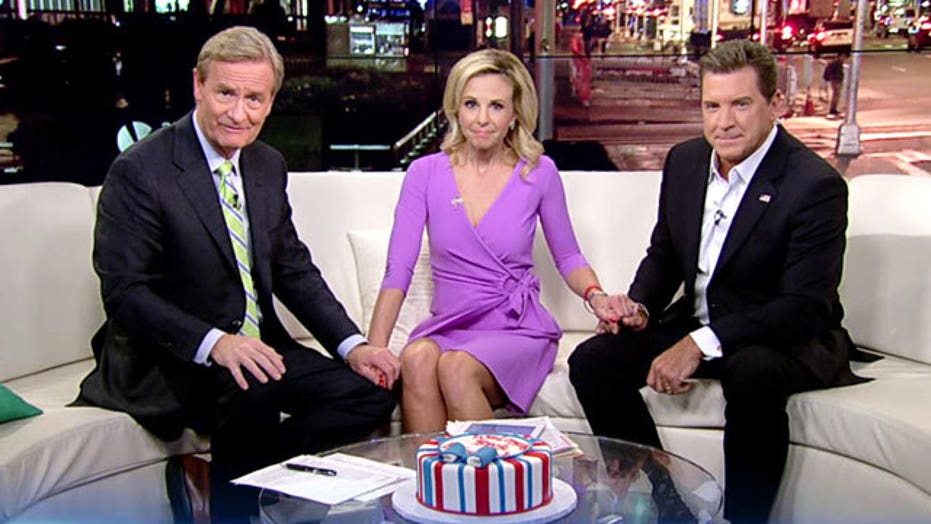 Co-host returns to the curvy couch

Fox & Friends host Elisabeth Hasselbeck returned to the show Friday after a nearly month-long absence, revealing that she took time off to recover from a precautionary surgery and a cancer scare.

Hasselbeck, 37, underwent surgery Oct. 15 after doctors discovered a suspicious tumor on her abdomen that they removed to test for cancer. The mother of three and wife of retired NFL football player Tim Hasselbeck said she waited one week in agony for the results.

“We had real serious talks at home and honest ones with the kids,” she told viewers at the beginning of Friday’s show. “So many people I know have stared down the barrel of that cancer gun, and looked at it when they have gotten bad news … and done remarkable things courageously to fight it.”

Hasselbeck, who was ultimately cleared of cancer, thanked her family, friends, and producers, Fox News CEO Roger Ailes, as well as Fox & Friends viewers, for their support.

Fox News’ Kimberly Guilfoyle sat in for Hasselbeck during her absence from Fox & Friends.

On Thursday, Hasselbeck tweeted that she was “full of gratitude” to be returning to the show. Hasselbeck, along with co-hosts Steve Doocy and Eric Bolling celebrated her recovery and return with a red, white and blue cake made by Cake Boss Buddy Valastro.

“I could not be more thankful for my family and my friends who've stuck by me with incredible support,” Hasselbeck, who came to Fox in 2013 following stints on the TV shows “Survivor,” and “The View,” told viewers on Friday. “This entire Fox family treated me like family the entire way.”