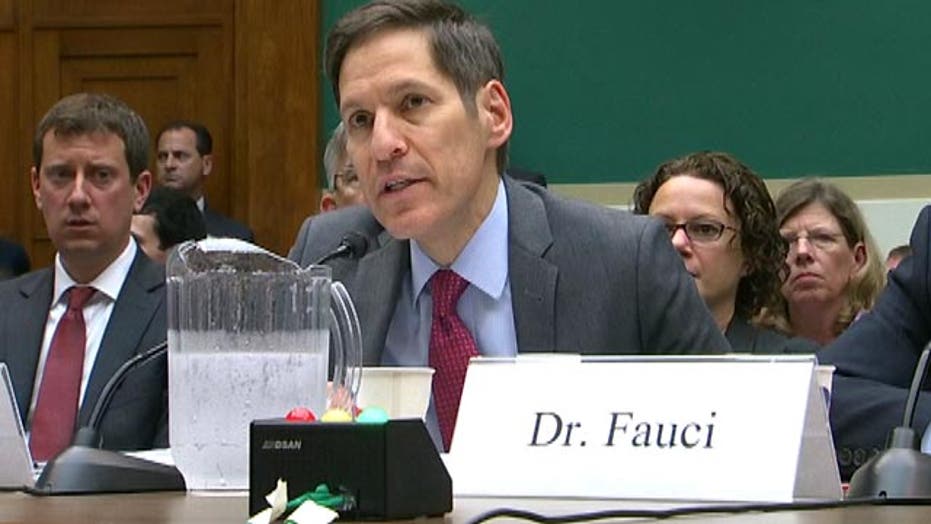 Authorities expanded their efforts Thursday to contact passengers who flew on two flights in the last week with a nurse who was stricken with the Ebola virus.

Amber Joy Vinson, 29, a nurse at Texas Presbyterian Hospital in Dallas who cared earlier this month for the first U.S. patient to die of the virus, flew on two Frontier Airlines flights between Dallas and Cleveland. Two days after she returned to work, she became the third confirmed case of Ebola in the United States.

It was not immediately clear how many passengers were on the Oct. 10 flight.

“Individuals who are determined to be at any potential risk will be actively monitored,” the agency said in a statement Wednesday.

A CDC spokesperson reached by FoxNews.com on Thursday declined to comment on the progress of the passenger notifications for flight 1143.

Frontier Airlines said in a staff memo that four flight attendants and two pilots from flight 1143 were on paid leave for 21 days, and The Cleveland Clinic and The MetroHealth System said Wednesday that some of their nurses and other employees on the same flight were also on paid leave.

The plane was flown Wednesday without passengers from Cleveland to Denver, where the airline said it would undergo a fourth cleaning, including replacement of seat covers, carpeting and air filters.

The plane is scheduled to return to service in the next several days, ABC News reported.

Vinson, who has since been flown to Emory University Hospital in Atlanta for treatment, was not showing any symptoms at the time she boarded the Oct. 13 flight. Ebola patients are not considered contagious until they have symptoms.

She was, however, experiencing a fever of 99.5 degrees, but was cleared by a CDC official before she boarded the plane, as her temperature was below 100.4, the agency’s threshold for restricting air travel. On Wednesday, CDC Director Tom Frieden said no one else involved in the care of Thomas Eric Duncan, a Liberian man who died Oct. 8, would be allowed to travel “other than in a controlled environment.”