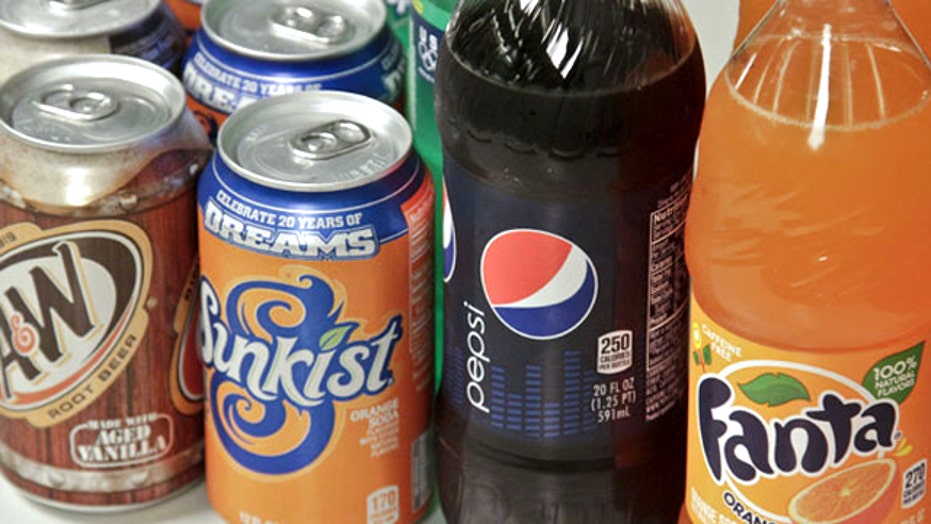 Link between drinking soda and depression?

A new study found that those who drink a fair amount of sweetened sodas and fruit drinks – whether diet or regular – have an increased risk of depression. Java-drinkers, on the other hand, have a slightly lower risk of the blues.

The study was presented at the American Academy of Neurology's annual meeting in San Diego this week.

Previous studies have found that drinking sweetened beverages was associated with a higher prevalence of depression, suicidal thoughts and other mental distress.  But this study was the first prospective study, meaning it followed people over a number of years.

From 1995 to 1996, consumption of drinks such as soda, tea, fruit punch and coffee was evaluated in 263,925 adults. About 10 years later, researchers asked the participants whether they had been diagnosed with depression since the year 2000. A total of 11,311 people said yes.

Here’s what they found:
• People who drank more than four cans or cups of soda per day were 30 percent more likely to develop depression than those who drank no soda.

• Those who drank four cans of fruit punch per day were about 38 percent more likely to develop depression than those who did not drink sweetened drinks.

The researchers acknowledge the study does not prove a cause and effect. In other words, it could be that people who are depressed tend to drink more soda.

“However, consumption of sweetened beverages has been linked to several adverse health outcomes,” said study author Dr. Honglei Chen, an investigator in the epidemiology branch with the National Institutes of Environmental Health Sciences.

“Frequent consumption of these drinks should be avoided,” he added.

The study also found that coffee drinkers seemed to be slightly protected from depression. People who drank four cups of coffee per day were about 10 percent less likely to develop depression than those who drank no coffee.

Coffee and tea contain antioxidants and phytochemicals, which promote health and well-being.

Last year, the well-known Nurse’s Health Study found drinking coffee was associated with a lower risk of depression and several prior studies found fewer suicides in those who drank coffee.

Though more research is needed to confirm the findings, Chen said, "Our research suggests that cutting out or down on sweetened diet drinks or replacing them with unsweetened coffee may naturally help lower your depression risk."