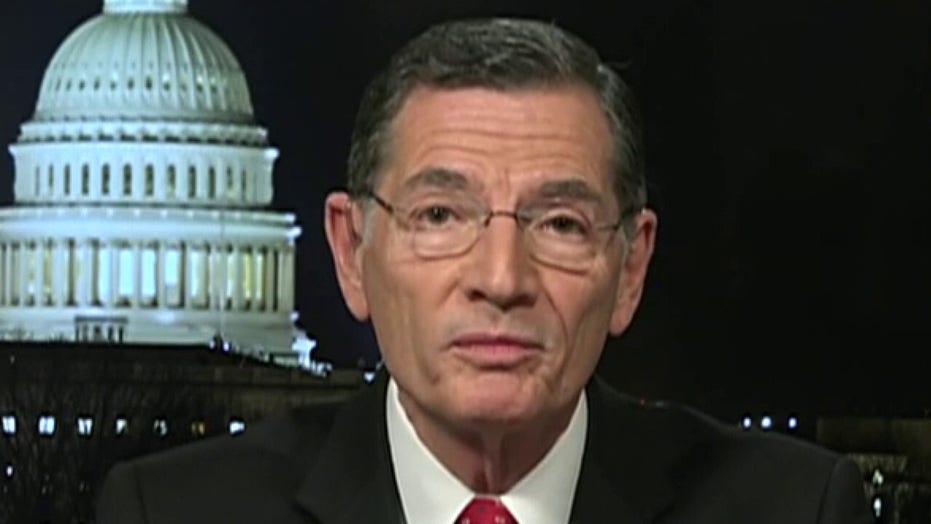 There are immediate needs and the government has a responsibility to step in, says Wyoming Senator John Barrasso, Republican member of the Senate Foreign Relations Committee.

A flight from JFK Airport to Seattle was grounded for hours and then forced to head back to the terminal Monday night after a passenger revealed they may have been exposed to the coronavirus, officials said.

Delta Airlines flight 2503 returned to the terminal “after a customer shared they may have been previously exposed to coronavirus and our aviation medical consultants recommended the customer be evaluated,” a spokeswoman said.

A Twitter user who said they were on the plane wrote around 7 p.m. that “Someone on our flight got notified they were exposed to someone with corona before we could take off and now our plane is heading back to the gate.”

ACTING DHS SECRETARY ON RESTRICTING DOMESTIC TRAVEL: 'ALL OPTIONS ON THE TABLE'

A flight from JFK Airport to Seattle was grounded for hours and then forced to head back to the terminal Monday night after a passenger revealed they may have been exposed to the coronavirus, officials said.<br data-cke-eol="1"> (iStock)

“We’re just sitting on this plane waiting for them to decide wtf to do,” Ifrah F. Ahmed wrote a couple of minutes later.

“All breathing this recycled plane air :(”

The plane was scheduled to take off at 6:30 p.m.  At around 8:45 p.m., the witness tweeted that “They’re cleaning our plane and we’re back inside the airport at a different gate.”

The passengers appeared to be put on a new flight to Seattle, which took off around 10 p.m., according to flightaware.com

“We continue to follow all guidelines from the CDC and local health officials and the aircraft is in the process of being cleaned,” Delta spokeswoman Kate Modolo said in a statement.