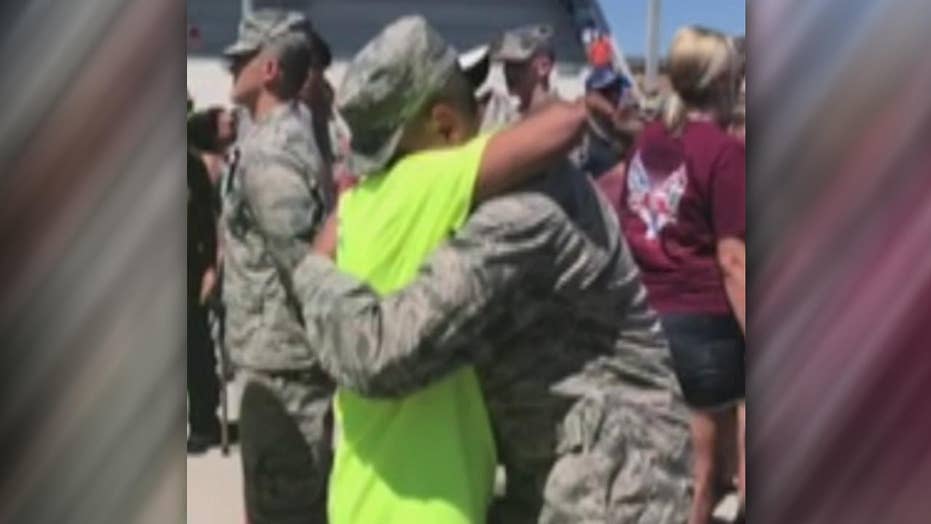 Dad with ALS stands to 'tap out' Airman son

Raw video: Texas father who served in Army for nearly 23 years releases his son from Air Force after graduation

SAN ANTONIO, Texas – Frankie Sanchez Sr. served his country as a member of the Army for nearly 23 years. His son, Frankie Sanchez Jr., followed in his footsteps and joined the Air Force.

Last week Sanchez Jr. graduated from basic training in San Antonio, Texas and was joined by his parents.

Typically, a graduate must stand at attention until they are tapped out, usually by a family member. Sanchez Sr. wanted to do the honors but was diagnosed with ALS in February of 2016 which necessitates the use of a wheelchair.

In a moment that Sanchez's wife Christy says she will never forget, Sanchez Sr. stood out his chair and walked over to his son to officially tap him out.

“It was the most beautiful and memorable event I've ever witnessed in my life and I will never forget it as long as I live,” said Christy Sanchez.